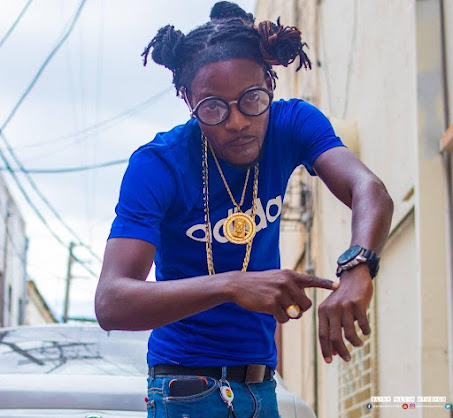 The surname of JAHVEL will show the talent of three generation in one family.

JAHVEL has now come to bring a new lane of reggae music for the current generation to enjoy. In the early stages of his career, he was known as J. Blacks, but later decided to add part of his given middle name to derive with his current stage name as JAHVEL -which means ‘gift of god’, later adding ‘Di Bless One’ after realizing that he is the first born and only son for both parents.

At the age of 12, JAHVEL wrote his first official song called “baby I love you”, while he was still attending school (Newell High School), he was deemed the most talented student on the school compound.

JAHVEL is a fantastic young and upcoming reggae and dancehall artist who signed to Hamage Records Canada release of “brace it” created a huge online boom and received over 65k views on YouTube.

JAHVEL has a style of music that brings in both Mystical and Futuristic elements to dancehall.

Posted by Addiverbalist Kev at 10:36
Email ThisBlogThis!Share to TwitterShare to FacebookShare to Pinterest
Labels: Biography