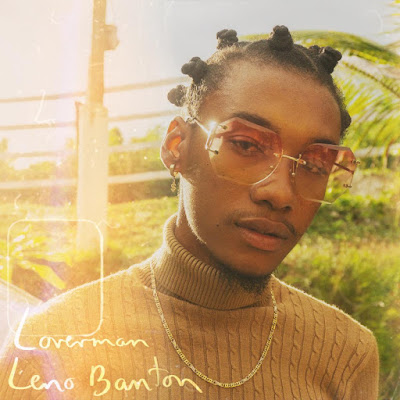 Kingston, Jamaica, February, 2021 Leno Banton candidly ventures into matters of the heart on his latest project, Loverman EP. Released under Leno Banton Music with productions by Malakhii Records, New Sounds Production, Jeff Kaale and Kone, the tracklist consists of 5 tracks exclusively dedicated to the ladies. A Reggae fusion of melodic tones ranging from Afrobeats to Hip Hop/R&B serve to accentuate the yardie vibe of a youth in love. By staying true to the ragamuffin aesthetic, his avant garde layering of vocals imbues a sense of boyish charisma throughout the record and leading single, Brown Sugar.

“The Loverman EP is mainly about my feelings about love interests and describing a romantic type of energy within myself,” explains Leno Banton. “With this release I’d like to showcase a more sensitive side of myself and to show people how it should sound when you make music about women, because I’m convinced that some people are making music about women for other men and that’s kinda weird.”

Ever the contemplative and humble one, he remains rooted in reality. A youth driven by aspirations to impact a generation, Leno Banton spreads unyielding positivity. A theme he has seamlessly incorporated in the tone of his music throughout years in the industry. “My intentions overall for my music is for it to be heard and felt by everyone y’know. Heavy on the ‘felt’ part because we are beings of emotion and we should embrace that more often.”

Loverman EP is Leno Banton’s second project, REMSZN being the first. Brandishing a catalog of Hip Hop fusions and traditional Reggae make for comparative parallels to the Reggae Revival Movement. He sets himself apart stylistically with use of dancehall cadence and bravado sprinkled deliberately throughout engaging instrumental tracks. Lending credence to an unorthodox almost indie hip hop flair. Leno Banton has performed on TVJ’s Daytime Live and BBC Radio’s 1Xtra alongside household name Shenseea. Steadily garnering traction as a well rounded artist in the underground scene, he more recently collaborated with Burro Banton on the track Better Days.

Not one to remain stagnant, Leno Banton aspires to carry the torch of his father's legacy proudly. Not only by pioneering new music but by cultivating a heritage in his own namesake. “If I leave a mark on my generation I think it would last forever. Like what my pops (Burro Banton), Buju, Sean Paul, Vybz Kartel have done.”- Leno Banton

Loverman EP is available on all major platforms and digital outlets. Brown Sugar’s video is now streaming on Youtube now.

Posted by Addiverbalist Kev at 18:12
Email ThisBlogThis!Share to TwitterShare to FacebookShare to Pinterest
Labels: Album