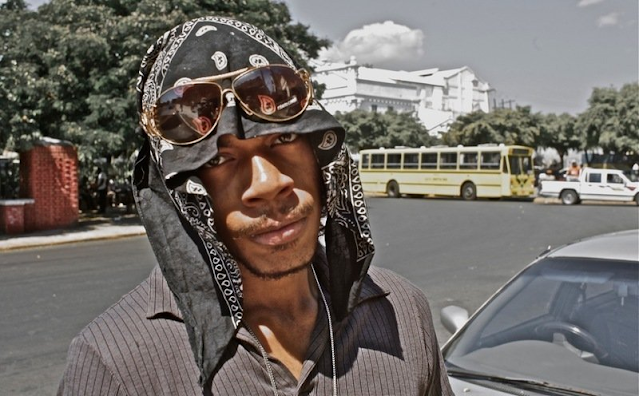 “Do something that has never been done before” This is a phrase that dancehall artiste Sleepy Hallowtips lives by and incorporates into his music every time he steps into the studio and dons a pair of headphones. His award nominated song “From A Place” propelled him into the dancehall arena in 2008, causing many onlookers to say his potential is limitless. Born Joel Phipps, Sleepy Hallowtips always considered Jamaica ‘his place’. With roots in the communities of Kencot and Jungle, Sleepy Hallowtips credits his surroundings for encouragement and inspiration for his music. The name Sleepy was given to him by friends while growing up because of his appearance and demeanor. Sleepy added the “Hallowtips” later in his career to represent “danger and intensity” Music is the climax of Sleepy’s artistic talent and he always saw himself as an entertainer. He also would say that he had a rough musical journey – from getting his songs out, to being recorded by producers.

He got his break in 2008, when he linked up with Roshaun “Bay-C” Clarke from the group T.O.K. The musical chemistry between the two was instant. Sleepy Hallowtip’s breakout single “From A Place” was voiced for Bay-C’s Bombrush label, resulting in Sleepy being signed as the flagship artist for Bombrush Records. In 2009, Sleepy shined on the Bombrush Hour album which peaked at number 17 on the Japanese album charts. Currently, he is lighting up the airwaves with two new singles. The first entitled “The Forgottens”, is a riveting heart felt narration of the conditions of the inner city youths, and the second,... an infectious club banger called “Bring it back” for the party massive.

Sleepy Hallowtips is an artiste with a mission. He is determined to make dancehall and reggae music, the leading genres of music in the world, he also plans to imprint the Bombrush label worldwide and push the limits of music. For Sleepy, music reflects the struggle of ghetto people and the reality of life.

Posted by Addiverbalist Kev at 16:31
Email ThisBlogThis!Share to TwitterShare to FacebookShare to Pinterest
Labels: Biography