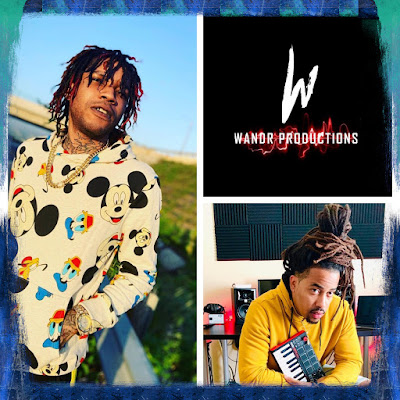 Wandr Productions is a recording label based in the United States, specializing in Dancehall and Reggae genres, with Afro-beats infusions and a hint of Hip-Hop flavors mixed in. Owned and operated by Jamaica-born, Florida-based Tim McCaw, who migrated from Kingston in 1995. Tim came up with the name “Wandr” from his passions – music and traveling, which coincides hand in hand for him on a regular basis. Being born into a musically-inclined family, Tim knew he wanted to be a producer from a very young age.

His father is a musician who has taught music for years and plays most instruments. His older sister, Kristine Alicia, is a music teacher, singer and songwriter. His older brother is also a music teacher who plays the piano fluently. Tim began producing at the age of 17 with his younger brother, who is also a producer and recording artiste, 17Forevr. His younger sister is a poet, songwriter and bass guitar player. His youngest brother is a guitar player, singer and songwriter as well.

“I was the one that was more chill out of the bunch and preferred to play by ear rather than learn the instrument. I always enjoyed creating and figuring out the sound as to what sounds good to my ear.”

The main focus had been on gaining entrepreneurship skills and traveling, but his love for music never dwindled. The upcoming producer is taking things more seriously with his passion for music by embarking on this new adventure with the establishing of Wandr Productions. The worldwide pandemic of 2020 also aided in shifting his focus more on music and began working on his first rhythm compilation, the Jelly Bean Riddim. After traveling for years while his siblings thrived in their individual music careers, Tim decided to officially take the leap into his inevitable fate. Little did he know he would be consorting with the Young Legend himself, Gage.

Tim had been working with a few upcoming artistes from Jamaica and the United States, enlisting five of them for his first project with the hopes of all succeeding after its release. Working on it throughout 2020, Tim wanted to add a big-name artiste in order to make the Jelly Bean Riddim stand out. While he got through to a few established acts, none reciprocated the same level of tenacity for recording on the beat as Tim had expected. It wasn’t until his sister-in-law reached out to her cousin, Lesley Hayles, that things seemed to turn for the best. Lesley, a PR and Entertainment Manager who works with Gage and other top-tier artistes in Jamaica, forwarded the instrumental to Gage who loved the beat and recorded a track instantaneously.

“Yeah, them new to di ting but all a we did new at one point too. All we did need is a chance and nothing don’t wrong if we bigger artistes help out the smaller people who a try do them thing, worse if the talent is there,” Gage stated when asked why he did the song for an unknown label.

Tim is honored to be able to credit Gage as the most popular artiste he has worked with. The album features 5 other artistes, namely D Fluid, Solstarr, Kaibanon, Roy G and the sole female, Ayaana Nash. 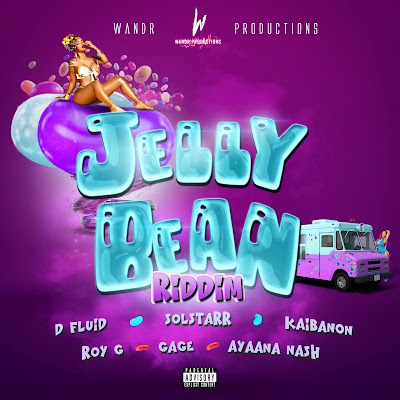 The beat was built and produced by Tim McCaw for his Wandr Productions label. Every track was mixed by Nile Browne, an engineer based in Kingston and a graphic artist who also designed and created the album’s cover art. They were mastered by Jemoi “JTWiss” Montieth. Distributed by The Thirties, Inc./EQ Distribution, the Jelly Bean Riddim will be released on January 15, 2021.

Tim believes he is more than equipped with all the necessary tools to bring Wandr Productions to the forefront of Jamaica’s competitive music industry. With the Jelly Bean Riddim, Tim has his sights sets on even greater things once it is out. Wandr Productions has other projects in the works, including an EP from Kristine Alicia slated to drop later on in 2021 and singles by 17Forevr.

With all the craziness going on during the worldwide COVID-19 pandemic, Tim and the entire team at Wandr Productions are hoping to bring some sanity and good vibes for the New Year with every track from the Jelly Bean Riddim and all future releases. Tim is grateful to his family, his team at Wandr Productions, Gage and all the artistes involved in this project for the support in making Jelly Bean Riddim a reality.