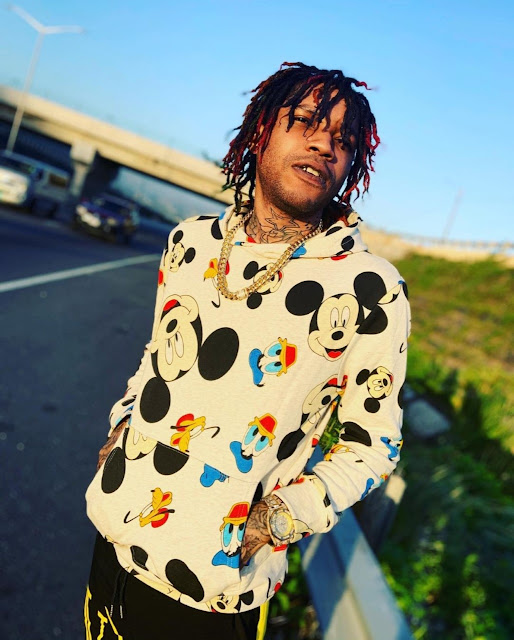 [Kingston, Jamaica - January, 2021] Internationally renowned Dancehall recording artiste, Gage, is popular for his sexually explicit lyrics aimed at his female fans and has lent these capabilities to new label, Wandr Productions, out of Florida, on their first project, the Jelly Bean Riddim. Owned and operated by Tim McCaw, the Jamaica-born producer is pleased with the end result of the various artistes rhythm compilation.

The sexually charged Jelly Bean Riddim comprises of 6 hairsplitting tracks from majority new artistes, based in Jamaica and the US, Gage being the only established act with his years of expertise in the music business. His track, titled “Bruck It”, leaves much to the imagination as he directs females on his preferred schemes in the bedroom.

Gage speaks on how the collaboration with Wandr Productions came about: “My PR, Lesley Hayles, link me and ask me to meds a riddim from her family friend. When me pree it, me like it and it did just have a gyal tune vibes and you know Gage is all about the ladies so me just run with it. Same time me send a demo to her to forward to them. Right away we fix things. Yeah, them new to di ting but all a we did new at one point too. All we did need is a chance and nothing don’t wrong if we bigger artistes help out the smaller people who a try do them thing, worse if the talent is there.”

Gage makes up half of the artistes who are based in Jamaica, but the only known artiste in Dancehall circles. The other half are based in Florida and have been working with Wandr Productions for over a year. All upcoming acts in the Dancehall music world, these 5 promising new artistes have all made their marks with each of their songs on the Jelly Bean Riddim.

Starting off the compilation is Jamaica-based D Fluid, with “Mr. Clean”, a track for the ladies telling them about his image and sexual exploits. Producer, Engineer and Artiste, Solstarr, follows with his track, “Boom”, which is about how he wants his female partners to perform on him behind closed doors. Next up is Kaibanon, also based in Jamaica, with “G Spot”, the name says it all! The fourth track is “Give Me That” by Roy G, where he asks women to give themselves to him. Gage’s track is fifth on the track-listing and Jelly Bean Riddim is rounded off by the sole female on the album, Ayaana Nash, with her “Drip” track that’s basically telling all the men before her that she’s not easy to get. All songs are catchy, lyrically raunchy, flowing impressively, definitely fit for dancing to and mostly aimed at female listeners. 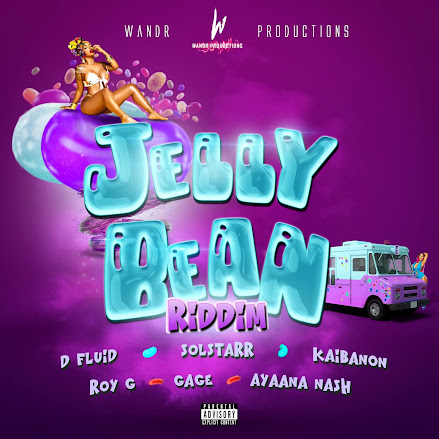 Available on all streaming platforms: Stream on Itunes https://apple.co/39wk72F

The beat was built and produced by Tim McCaw for his Wandr Productions label. Every track was mixed by Nile Browne, an engineer based in Kingston and a graphic artist who also designed and created the album’s cover art. They were mastered by Jemoi “JTWiss” Montieth. Distributed by DistroKid, Jelly Bean Riddim will be released on January 15, 2021 on all online media outlets, with promotion by the publicist for Wandr Productions, Lesley Hayles, in association with Dancehall Promo World.

With all the craziness going on during the worldwide COVID-19 pandemic, Tim and the entire team at Wandr Productions are hoping to bring some sanity and good vibes for the New Year with every track from the Jelly Bean Riddim and all future releases. Tim is grateful to his family, his team at Wandr Productions, Gage and all the artistes involved in this project for the support in making Jelly Bean Riddim a reality.