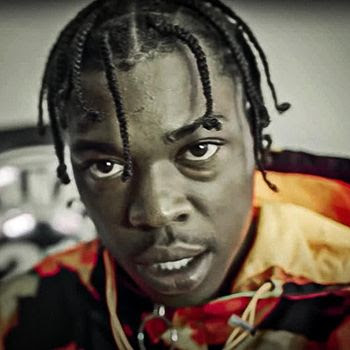 Skillibeng is a 23-year-old artist from St. Thomas, Jamaica, who has quickly become one of the hottest dancehall acts to emerge from Jamaica in recent years. He had his breakout moment in 2019 with his viral single “Brik Pan Brik,” which received international acclaim and has since amassed over 7 million YouTube views to-date. Following the success of his breakout single, Skillibeng’s career has continued to rise with popular songs such as “Crocodile Teeth,” “50 Bag,” “Shake (Remix)” featuring Jada Kingdom, and “Mr. Universe,” another fan-favorite.

Sony/ATV UK A&R Analytics Executive Scott Gordon and A&R Manager Daniel Seal said, "Skillibeng has established himself as one of Jamaica's fastest rising stars. He is an incredible artist whose unique flows, delivery and wordplay have enabled him to become the leader of the next generation of dancehall. We are delighted to welcome him to Sony/ATV, and we look forward to elevating his career on a global scale."

Skillibeng said, “It’s a great feeling to know I’m signed by one of the biggest names in the publishing industry – I appreciate being a part of the team and I’m excited to be working with them.”

Recently, Skillibeng has been working on exciting new projects with prominent talent and collaborated with Popcaan for his latest release on Drake’s October’s Very Own (OVO) label. Skillibeng’s next mixtape Prodigy 2 is scheduled to be released on December 23rd of this year on all platforms.

Posted by Addiverbalist Kev at 09:30
Email ThisBlogThis!Share to TwitterShare to FacebookShare to Pinterest
Labels: News