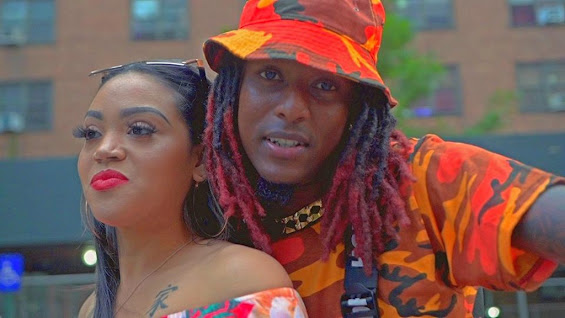 The COVID-19 pandemic has brought the entertainment industry to its knees, with the absence of live performances, carnivals.

More artistes are now having to make drastic decisions to stay afloat and keep up with the new virtual world.

Therefore, 26-year-old Saint Lucian artiste and producer Lashley Motto’ Winter is moving with the times, shifting his focus and rebranding to target the Afrobeat market under his new ‘A new vision 2021’ campaign.

The former Vieux Fort resident, who was recently recognized as one of Saint Lucia’s brand ambassadors by the government, said the vision of the campaign is to break barriers to make soca a world-renowned brand.

“Follow the vision as we conquer #AfrobeatSoca and various other genres in the upcoming year that would allow us to “MASH UP” the Inter-Caribbean-American, Afro-European charts. Follow the vision and campaign with us to cross the bridge, break those barriers, and make our beloved SOCA, with a twist — a world-renowned brand. This is a #ANEWVISION2021,” said a release from the artiste.

Motto’s goal is to bring a modernized reinvention to soca, in order to create the numbers to draw the attention of the major music distribution companies, record labels, and influencers.

The first album under the campaign is ‘Uber Riddim’ and was released on November 15. Motto’s song ‘Uber Everywhere’ is a mixture of everything modern. It is catchy, yet simple enough to be recognised internationally.

Paired with a colorful music video shot by Fross Wire Visuals, the track visually comes to life, making it irresistibly addictive. Other featured tracks on the album include ‘Overall’ by Lyrikal and ‘Thief Piece’ by Problem Child.

The young entertainer calls for more unity among soca artistes and producers in order to revitalize their works and also shift their focus to the ever-popular sister genre of Afrobeats, whilst keeping in line “with our soca identity”.

Posted by Addiverbalist Kev at 08:33
Email ThisBlogThis!Share to TwitterShare to FacebookShare to Pinterest
Labels: News