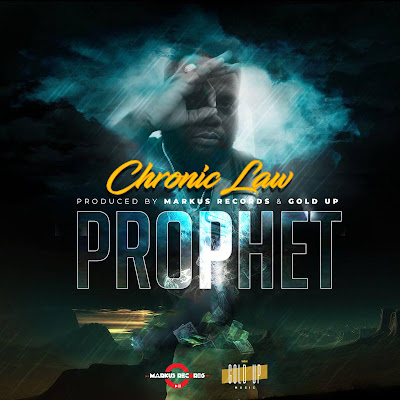 Markus Records and Gold Up Music strike again! After their first release, Shatta Wale’s hit song « Be Afraid » , the two labels once again join forces, this time with one of Dancehall’s hottest acts Chronic Law on the inspirational hit single Prophet.

With positive and inspirational lyrics, this song gives listeners the strength to not give up and to believe in their dreams.

Showcasing an abundance of similes and metaphors, the Law Boss proves yet again why he is a lyrical force to be reckoned with in Dancehall.

Based in Montreal (Canada) & Kingston (Jamaica), Gold Up Music, is led by Raph and Dancehall’s popular composer Zack Ariyah.

Markus Myrie is a front runner in music production on the Dancehall music scene in Jamaica. Being the son of the renowned musical icon, Buju Banton, Markus was introduced to music at a very early age so it is therefore not surprising that he had chosen a viable career in music production.

The young prodigy started his professional career in 2011  by building his riddims and then approaching artistes to voice. He had full access to Gargamel Studio, and he had known quite a few artistes but even then, it still wasn’t so easy to get the artistes to record on his riddims; something that was expected since he was a young producer.

His two most recent projects featuring hits from Popcaan, Kranium, Quada etc are the Breakthrough Riddim and the Prosperous Riddim.

Posted by Addiverbalist Kev at 11:57
Email ThisBlogThis!Share to TwitterShare to FacebookShare to Pinterest
Labels: Music