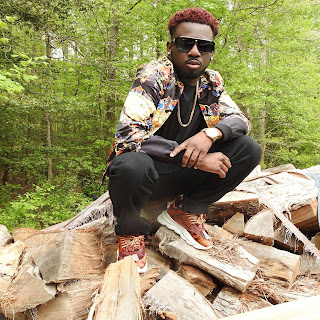 Xyclone believed so fully in the power of Congress Society that he chose to release his album on the same day that dancehall legends Buju Banton and Vybz Kartel dropped their long-awaited new albums. The St. Catherine parish native fared well, as his album reached the #3 spot on the U.S iTunes Reggae Album chart and reached #22 on the overall iTunes Top 100 Album chart, immediately following its release.

Showing no fear, the young deejay proudly offered,”if you followed my career up to this point, you will love the fresh sound. And if you’re a new supporter, you will appreciate the wittiness of my lyrics and the timeliness of how I’m dropping my songs. This will be the album that Jamaica remembers for 2020 — many hits will come from this project.”

The hard-hitting set delivers a modern dancehall vibe, boasting production work from some of the genre’s finest, including Massive B, SG Records, Jaus Col , Kris David, Jay Crazie, and Trackstarr. Congress Society is available now on all streaming platforms.

PLEASE SUPPORT THE ARTISTE & PURCHASE BELOW

Posted by Addiverbalist Kev at 00:52
Email ThisBlogThis!Share to TwitterShare to FacebookShare to Pinterest
Labels: Album