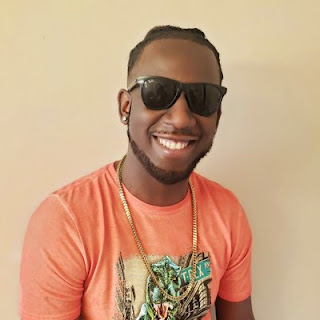 Xyclone, (born Roje Roman Robinson, November 2nd 1987) is a Jamaican Reggae / Dancehall recording artist from Waterford, St. Catherine that acquired billboard status with his sophomore album From the Basement to the Big Leagues in December 2016. Mid-Year June 27 the album captured the number 1 spot on the Billboard reggae chart becoming the first independently distributed album in 8 years to acquire the number 1 spot in reggae music.

Though doing music for over 8 years, Xyclone got his big break when he was introduced to the world by his mentor Spragga Benz at a show in Hartford, Connecticut in the United States. From there Xyclone proceeded to tour the USA as a member of Spragga Benz’s label Red Square Productions; doing shows in over 42 of Americas 50 states.

As a Red Square Productions artist Xyclone’s first official single was “Back it Up” on the Audacity Riddim in 2011. Xyclone then signed a management deal with Survivor Slim of Tropical Heat Productions. Operating as one entity, Red Square Tropical Heat Production a.k.a. RSQTHP Music Group Xyclone’s First single on the label was “Top Shottas Anthem”, a track dedicated to Spragga Benz, which features former Portmore Empire artist Deva Bratt. Later that year (2012) Xyclone released Back Pocket Rag which was quickly and heavily receive by the dancehall fans all over the world ! Back Pocket Rag was later remixed by Grammy winning artist Beenie Man and his protege Cee Gee! Rsqthp also released successful songs from Xyclone such as Woiii and “It’s On” feat Kevin Lyttle, Red Rat, Delly Ranx and Deva Bratt which were all distributed by VPAL a subsidiary of VP Records.

In August 2015 xyclone released his first studio album entitled The Xyclone LP which peaked at 13 on iTunes reggae charts. It featured Spragga Benz, Beenie man, Cee Gee, Gappy Ranks , and Red Rat among others, which was distributed by VPAL music . In 2016 Xyclone released his highly anticipated album From the Basement to the Big Leagues on December 16, 2016. It debuted at 6 on the iTunes reggae charts and peaked at 5 later that week. A week after it was released "From the Basement To The Big Leagues" debuted number 14 on the billboard reggae charts and later peaked at number 1 June 27, 2017 on the billboard; the album featured chart topping songs such as Tell The Truth ft. Star Cole and How Yuh Bad Suh, which was later remixed by Timomatic from Austrailia; have received millions of views respectfully online.

In 2018, Xyclone released his third studio album 2774 Waterford Parkway which reached number four on the same chart with lead singles such as “Meck it Clap” produced by Epik Jones, Trendsetta and Wine feat. Spragga Benz. The following year he released two albums, Sounds of Africa, which peaked at number seven, and the critically acclaimed The Year of the Wolf peaked at number three. His recent album release Congress Society, is racking up rave reviews and topping up the charts, the album is aimed at the hardcore dancehall fans, although he admitted that influences of the new trap dancehall are also evident.

Having secured a Bachelors of Science degree in Finance, Xyclone has shown himself a full-rounded person who can achieve great things away from the microphone. With his resume’ boasting several commendable accomplishments, Xyclone looks to continue his run towards superstardom.

Posted by Addiverbalist Kev at 00:32
Email ThisBlogThis!Share to TwitterShare to FacebookShare to Pinterest
Labels: Biography