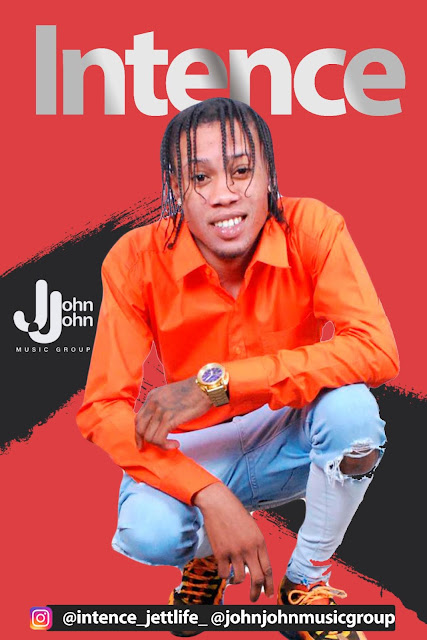 Intence
Dancehall artiste Intence is banking on the success of his latest single, the fake friend anthem ‘Say Dem Real’ on the Sedway riddim released by Boyzie Records. “The ‘Say Dem Real’ song ah give me the biggest buzz right, it de pon everybody phone inna Papine and Tavern, mi career ah go from strength to strength, everybody know the danger of a fake friend, so everybody can relate to it,” Intence said. He explained how he got the monicker, Intence. “I got the name for my high impact deejay style, I used to be called Quenger but on a professional level, it never sound right because we don’t do music in a box, so my manager Boyzie changed the name to Intence and it connect,”

Intence grew up in the Tavern area where he attended Mona High school. His father was a dancehall deejay, so he inherited that particular love for music. And when he graduated from high school, he began to spend more time in the community studio recording songs. One of those songs, the Peace Garden anthem, became quite popular in his Tavern community. “When that song used to drop in any dance, ah problem, the place shake up. Boyzie, who is my godfather, came and realised that the tune ah kick way and he signed me to his label,” Intence said.

Since inking a deal with Boyzie Records, Intence has been churning out the songs. He recorded songs such as ‘Jett Life’ that began to generate mainstream attention via FM radio, and another single, ‘Bad Gal’, which was too explicit for radio but got added to several street mixtapes.

However, his biggest hit to date is ‘Say Dem Real’ on the Sedway riddim. “My family ah motivate me 100 per cent, mi father love wah a gwaan,” his success is fast on the rise.

Check the Video below and follow his Vevo Channel for the latest music releases:

INSTAGRAM:@intence_jettlife_
YOUTUBE:@IntenceVEVO
For Bookings : jjmusicgroup360@gmail.com
Posted by Addiverbalist Kev at 12:45
Email ThisBlogThis!Share to TwitterShare to FacebookShare to Pinterest
Labels: Biography