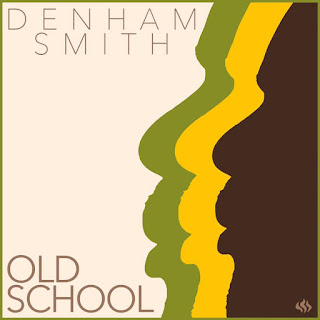 
Featured on a remarkable list of records and having released a stunning number of own productions the members of international Reggae superstar Gentleman‘s backing band „Evolution“, Josi Coppola, Fabian „Odi“ Zepezauer and Frank „Pollensi“ Pollak have quite a resumé to impress with. Now the three Berlin based musicians have taken the next step and founded their own label BuffBaff Records with its first project ready to hit the streets.
“Old School“ is a full length vintage Reggae album by Jamaican vocalist Denham Smith, that pays tribute to the roots of the genre and the captivating and unique sound of Studio One and Channel One. To get the authentic feel and re-create the vibe of the 60s and 70s in the most genuine way the crew recorded at „Philophon“ Studio. The Berlin studio run by Max Weissenfeld is fully equipped with original devices from those decades and has already welcomed the likes of Jimi Tenor and The Pyramids to work there.
Besides the smooth and skillful voice of Denham Smith, „Old School“ also features guest musicians such as Dean Fraser on saxophone and other longtime companions. Together with Josi Coppola as producer, the band has created an outstandingly authentic vintage vibe and a musical depth enriched by Smith‘s lyrical expertise, his vocal strength and expressiveness.

Enjoy the first video off the album on Reggaeville's Youtube Channel :
LINKS :
https://www.facebook.com/DenhamSmithakaChilli/
https://buffbaff.com/
Posted by Addiverbalist Kev at 12:41
Email ThisBlogThis!Share to TwitterShare to FacebookShare to Pinterest
Labels: Album