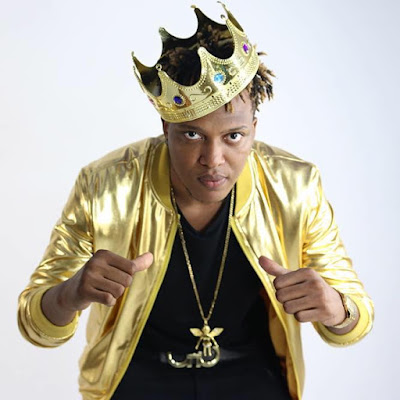 He, his parents and siblings all have a close relationship, particularly his brother and cousin, who are the ones responsible for introducing Richard to music.

His older brother had a small sound system at his home that he would always play and would often summon Richard to sing on the microphone and Richard was always ready and enthused to do just that. One day while he was at home one of his cousins brought a CD to by a group called “G-star” and after listening, he got heavily influenced to pursue his dream as a singer.

Subsequently in his youthful years, at around the age of eleven, the common law relationship between his parents had came to a drastic end and it forever changed him.

Prohgres fell into a state of depression. Struggling to deal with the split between his parents, music became his refuge so he started putting pen to paper. The separation of his parents led him to spend most of his teenage years in Brown’s town where his father resided. During that period he attended Ocho Rios High School. By the time he turned seventeen he moved back to Queenhythe to live with his mother.

After high school he went to Cornwall Automotive CATI Mechanic where he acquired the knowledge of being a car mechanic. He began getting restless with studying mechanics and his creative juice was overflowing.

It was at the age of Fifteen he recorded his first song entitled “Wine Up You Body” Produce by Upliftment Records. It was an immediate hit in his neighborhood but then he realized that wasn’t his type of songs he wanted to sing and didn’t feel very comfortable at that age, so he decided to do strictly uplifting songs from then until now but still maintain his versatility in the music industry.

He then started going by the name “Red-o dan”, as time went by he begun to dislike the name. He thought it was too whimsy and comical, which was something he was not or what his music represented.

During one of his regular studio sessions, he and his friend was having a conversation where he was ranting about how much he dislikes the name he’s using now and his friend had the similar point of view. After five minutes of brain storming, his friend suggested to him that he should call himself “Prohgres” due to the fact that from the beginning to the point where he is in his musical journey, he has been constantly and persistently making progress and from then and now, he took the name and made it his own.

In his musical journey he has been faced with tough times, just like any other musician.

There are times where it was hard to get airplay and find good producers. That still does not get him down, just like his music; he stays motivated, uplifted and inspired to continue on his musical career. Despite the little or no encouragement he gets from hisn father and skeptics, he is determined to prove all the naysayers wrong.

Prohgres gets inspired by some of Jamaica’s A-list artiste such as: Buju Banton, Damian Marley, Sean Paul, Bugle, I-octane and, Agent Sasco.

For Prohgres the sky is the limit and his advice for upcoming artiste from Marcus Mosiah Garvey is, “Without confidence you are twice defeated in the race of life”.

Posted by Addiverbalist Kev at 13:48
Email ThisBlogThis!Share to TwitterShare to FacebookShare to Pinterest
Labels: Biography