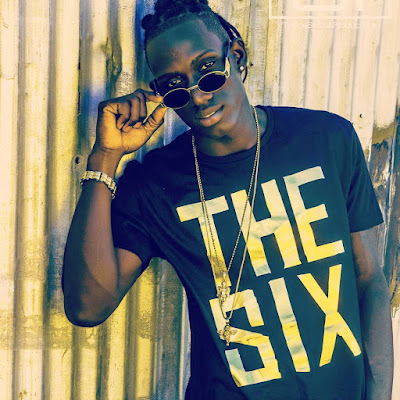 Quantanium Records has built a reputation as a force to be reckoned with. The Spanish Town-based label scored success with Jahmiel's 'Gain the World' and now it's hoping to score similar success with 'Let Yuh Guh' by newcomer Vitch.

In the song Vitch talks about a friendship gone wrong.

"A friend who is no longer a friend to me anymore happened to breach our friendship. I just put the situation to song," Vitch explained.

He recently completed a video for the song which was directed by Blacq Road Media Film.

Born Jermaine Gilespie, the St Catherine-based entertainer describes himself as versatile, a lover of music, and someone who expresses his emotions through song.

"As a lover of music, it comes natural for me to write songs that have relevance," Vitch said.

It has been seven years since he began to pursue music on a professional level.

"I was inspired to do music because of my immediate surroundings. When I see what's going on in Jamaica, I draw my ideas from things taking place. So here I am, better than last year and the year before - really doing great," he added.

Some of his other recordings include Bad Thoughts, Spin Barrel and Look inna Mi Eye.

Posted by Addiverbalist Kev at 13:05
Email ThisBlogThis!Share to TwitterShare to FacebookShare to Pinterest
Labels: Biography