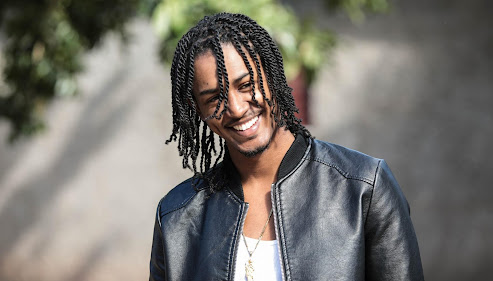 Music made a very early appearance in Jahi's life, as many of his family members had deep roots in the musical world. Out of all his siblings, family members would give Jahi energy and motivation in the musical realm before he even developed an interest. This early nurturing of his craft only helped to harness the innate potential within the Singjay.

Although many people knew him as Decoy, he was not comfortable with the connotation associated with this nickname. During a conversation with a friend, the friend says: "Decoy you know you hold a deep joy". Rushane loved the ring to it and the appropriateness of its meaning and decided to change his pseudonym to Deep Jahi because as he states: "Jah is deep within I".

Around the time he began attending St. Mary High School; Jahi began developing his writing style and deejaying skills. He was taken aback by the amount of support and enthusiasm given by his friends. Fueled by this friendly support, family backing and an affinity for creating music, Jahi began to think seriously of entering the professional music world.

Following the birth of his first child, Rushane enrolled in the Management and Information Systems Program at Moneague College where his Professors and other dignitaries describe the young singer as a dedicated, deliberate and thoughtful student.

It was during his stint at Moneague College that the budding artiste entered the renowned Magnum King and Queens of Dancehall competition. The winning of this competition would introduce Deep Jahi to Jamaica. Since his crowning, Jahi has been actively and diligently building his musical repertoire. Deep Jahi also went on to add many shows such as Sting, St. Mary Mi Come From, Ocho Invasion and Galliday Bounce to his portfolio.

Producer and Recording Artiste Serani and Rockstone Media pursued the artiste after his 2012 win and while with Rockstone Media, Jahi released hits such as: Life Goes On, Nuh Punching Bag, and Another Murder.

Years after his crowning, Jahi enjoys an overwhelmingly positive response from a loyal audience with heavy rotation on local radio for current hits such as: Greatness, Heart Crush, Conversation and Harsh Reality. Deep Jahi also receives much support from many countries overseas including a very strong local fan base.

Deep Jahi's latest victory was winning the Jamaica Cultural Development Commission Festival with a song entitled "I Love JA". Jahi is currently working with Studio Vybs, who worked with him on singles such as "Heart Crush" and "Harsh Reality".
Posted by Addiverbalist Kev at 13:48
Email ThisBlogThis!Share to TwitterShare to FacebookShare to Pinterest
Labels: Biography