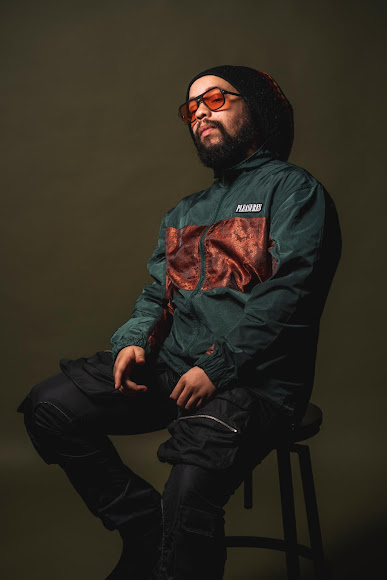 New York, NY, April 9, 2021. Joseph ‘Jo Mersa’ Marley is looking to reiterate his position as a force to reckon with in the music industry especially as far as reggae music is concerned, recently dropping another amazing single titled “Yo Dawg.”

Joseph ‘Jo Mersa’ Marley no stranger to the reggae music circle has showcased his lyrical ability and eclectic way with music in his new single ‘Yo Dawg’. Featuring one of Jamaica’s most prolific lyricist Busy Signal on the track, you get a musical visualizer of what a day in the life of Jo Mersa is like as well, as he shares some upcoming plans.
The “Yo Dawg” track produced by Grammy award winning producer, musician and composer Jazzwad, captures a fresh dancehall sound, which will leave listeners compelled to dance. Jo Mersa play on word stimulates the ear of the listener as Jo has a lyrical conversation with his ‘dawg’ Busy Signal. The conversation is reciprocal, as Busy Signal also shares his million things he is handling, while giving thanks for all his success.
Jo Mersa wrapped up 2020 with the release of a few “Nothings Gonna Harm You”, “Everlasting” and his collaboration with his brother Yohan Marley on the single “Brickell”.
“Yo Dawg” is already doing good numbers across all major streaming platforms, with the audio visual on YouTube receiving accolades from reggae lovers.
About Jo Mersa
Joseph “Jo Mersa” Marley is the son of Stephen Marley and grandson of Bob Marley. Growing up surrounded by music, Jo Mersa started appearing on stage with his father at the age of four. He also shared the stage with his uncle Ziggy and aunts Cedella and Sharon (a.k.a. Ziggy Marley and The Melody Makers) and their children as part of the group’s rousing concert finales with Jo often taking the mic and chanting the lyrics to the Melody Makers’ biggest songs, much to the delight of their audiences.
Born in Kingston, Jamaica on March 12, 1991, Jo moved to Miami at age 11 where he keenly observed his father and his uncle, Damian, creating music in Stephen’s Lion’s Den studio. While Jo made school his priority, he pursued his passion for music on the sides, traveling with Ziggy and the Melody Makers while on school breaks and summer vacations. The experiences provided first-hand opportunities for Jo to expand his musical aspirations beyond the performance stage.
Stream "Yo Dawg" Now
Connect With Jo Mersa

Posted by Addiverbalist Kev at 19:56
Email ThisBlogThis!Share to TwitterShare to FacebookShare to Pinterest
Labels: Music