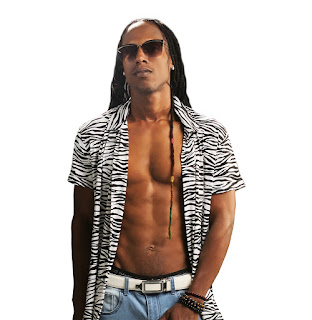 SONGWRITER - ACTOR - MODEL - VOCALIST
Fusion  |  Soca  |  Pop  |  Dancehall
One of Trinidad & Tobago’s most promising rising stars, Arshad ‘Nubiaan’ Salandy, is back again
with a hit track entitled “Show It Off”, produced by 1st Klass Productions. “Show It Off” is a
dancehall fusion track with a hint of soca. Nubiaan is teaming up again with Island Fuse Group
(IFG) for the promotional campaign, in anticipation that “Show It Off” will be featured on his debut
EP slated for release in 2021.

With the release of “Show It Off”, Nubiaan aims to build on the success of his 2017 soca/ EDM
single,“More Than Gold”, for which he also worked with IFG. “More Than Gold” scored
international airplay, was added to over 200 dj playlists (UK, USA, Canada, South America,
Africa, and Caribbean), including Jamaica’s most popular station, Zip 103 FM and Ebony Radio
104.1 FM (Trinidad). Nubiaan received numerous radio interviews on stations such as Roots 95.4
FM (UK), Luton Urban Radio (UK), CJSR 88.5 FM (Canada), Radio KTHX (USA), ATL Power Radio (USA) and his track was also endorsed by former Sony records employee Matthew Rix on the The Matrix Radio, a station geared towards introducing new artists to the US market. Nubiaan was also featured in multiple national newspapers including the Trinidad Express and the
Trinidad Guardian.

Born in Trinidad (Caribbean). Nubiaan’s father, an accomplished musician, taught him how to play
classical piano and read sheet music. Nubiaan started to sing R&B at the age of thirteen, recording
his productions at a small studio in Morvant, Trinidad. Nubiaan’s music is distinctly recognisable by
his tenor-range, sultry soul tone over a unique blend of soca, dancehall, EDM and R&B.

Between 2003 to 2006 Nubiaan was known by the stage name T.R.S., but later decided to take on
the stage 'NUBIAAN’, a word derived from the East African language of Nubia (Sudan), meaning
‘Gold’. Nubiaan felt this name reflected every aspect of his artistic aspirations, “to shine like gold”.
According to Nubiaan: “Everyone is always in pursuit of ‘Gold'. [In the same way] I want everyone
to desire my music!”

To-date Nubiaan has worked with top producers in Trinidad such as Juice Man of Roycape All
Stars, Madmen Productions and the band Traffic. He also recorded a song with soca star Bunji
Garlin in 2006, contributing to Bunji's album 'Next Direction' under the moniker 'T.R.S'.