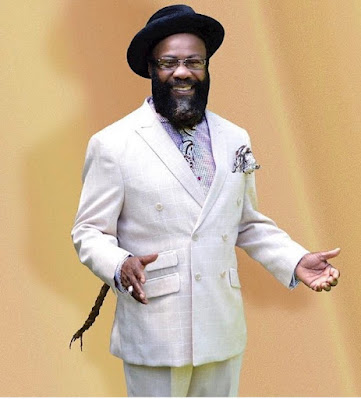 New York, NY (April 2022).  Following the untimely passing of the Morgan family patriarch Denroy Morgan, a song of remembrance was created by his grandson Esh Morgan. The track titled I Will Never Forget, features Morgan heritage alongside the grandchildren of the Morgan family. It combines the grief of loss with the notion that the people we lose live on in our hearts, through memories. Scheduled for release __ this new single is the first in the historic legacy of the Morgan family, where two generations combine.

Esh, who is the son of Mojo Morgan, received the inspiration for the words and melody of the chorus from his last interaction with Denroy Morgan, just 3 days before his passing. Denroy had engaged the family in a challenge to create 100 songs in 100 days, which spurred Esh to write a tribute to his grandad. Denroy was taken by the song when Esh performed it and was even heard singing the lyrics himself. This last precious memory of the great Denroy Morgan is the impetus for this new single. To continue the work left behind to the Morgan family to create good music frequently, Gramps, Peetah and Mojo have come together with their children to record and release this amazing new track.
On March 3, 2022, honorable Bishop Ras Denroy Morgan, affectionately known to the world as a musical prodigy, a pioneer and a musical perfectionist who paved the way for Reggae on the international stage passed away. His children who later became known as Morgan Heritage, continued his musical work by becoming known for their award-winning music, and massive singles like Don’t Haffi Dread, Down By The River, Tell Me How Come and Sunday Morning. Stellar albums like Grammy nominated Avrakadebra, Strictly Roots, which won for Grammys best Reggae album in 2016 and most recently released Legacy, have helped to cement their space in Jamaican music history. Originally made up by five of Denroy Morgan’s very talented children, Morgan Heritage the band is now composed of Roy “Gramps” Morgan, Peter “Peetah” Morgan and Memmalatel “Mr. Mojo" Morgan who are considered The Trinity.
“Reflecting on his life and work Minister Grange said “Many do not know of Denroy Morgan’s work and activism outside of his music. But there was so much more to him, which makes his loss to us that much greater” say Minister of Culture, Gender, Entertainment and Sport, the Hon. Olivia ‘Babsy’ Grange.
Following the passing of their dearly beloved father, Morgan Heritage is reinforcing their commitment to the music with the help of their own children Esh Morgan, Jemere Morgan, Raiah and Prince Morgan. I Will Never Forget is an ode to the irreplaceable father figure of their family and is scheduled to hit digital music platforms Friday, April 15 2022.
“Although he is no longer with us in this realm, his soul will continue to guide and inspire us. He will live on in us, his grandchildren, and his great grandchildren. His legacy will live on forever. We would like to extend our deepest appreciation to every single one of you for the outpouring of love from around the world. We thank you for your continued prayers, and just know that all the love you’ve shown him over the years he loved you back and we thank you” Morgan family statement concludes.
https://onerpm.link/iwillneverforget
WATCH HERE
Posted by Addiverbalist Kev at 08:54
Email ThisBlogThis!Share to TwitterShare to FacebookShare to Pinterest
Labels: Music, New Release, News