Zyon-I Calls Out All “Rasta Imposta” 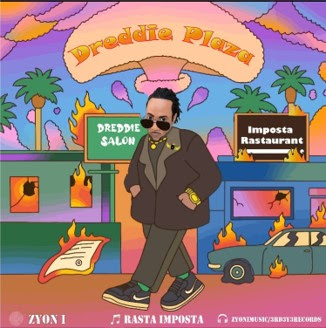 With all the immorality and misconduct being exercised in the musical fraternity, specifically in Reggae music, Zyon-I used these infractions to inspire his song called “Rasta Imposta”. This inspiration comes through several like-minded individuals but his belief is that the universe elected himself to minister this notion onto the multitude of those within the Jamaican diaspora.

The main aim of “Rasta Imposta” is to redirect the way of life of the Rastafarian faith, to bring it back onto its original path of what Zyon-I grew up knowing it to be. Though things and times have changed and with each era evolving in different ways, the authenticity of the culture still remains and, as such, we must try to protect and preserve it for future generations.

Zyon-I states, “I felt like I had the authority of the elders and persons of diplomatic status to deliver this message in the musical arena without it being co-signed.”

The Reggae artiste is based in the United States, making inspirational music for the masses. Follow along this journey for mind-blowing lyrics and insights into life, black consciousness and positive-thinking from Zyon-I on his website here: