Alkaline Latest Single Sell Off the #1 Trending Song in Jamaica 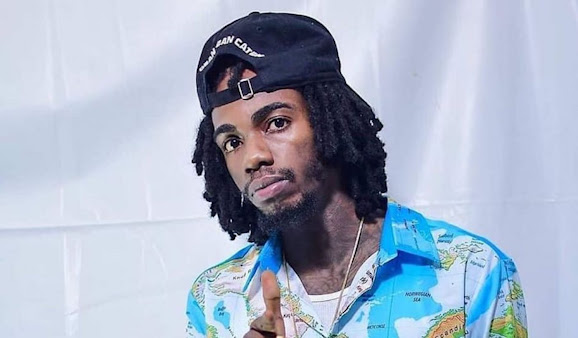 Panamá City, Florida (Shuzzr): Despite the chatter in various circles and his recent sold-out show in Panama City, Florida to raving reviews, Alkaline remains not just a polarizing figure in the industry but also one of the leading acts in the genre he represents.

With his meteoric rise which saw him carving out a huge fan base consistently expanding, Alkaline continues to effortlessly add various accolades to his resume.

The top tier multi-charting Billboard artiste latest single “Sell Off” which was recently released has amassed over a million views while securing and remaining the #1 trending song since it’s release on the popular video streaming platform YouTube. On Apple Music charts, the artiste holds 12 various chart placements in Jamaica occupying the top 5 spots with additional placements throughout the North American region.

Alkaline’s flow and use of nonsensical lyrics saw social media and his Vendetta fan base engaging in various commentary, unleashing a flood of theories behinds the tracks release. The artiste persona only adds fuels to speculations, with the artiste and his team neither confirming or denying the speculation.

“The artiste and his team is actively engaged in furthering the Vendetta movement and ensuring the artiste brand and legacy stands firm. As we can see from his performances across the Tri-state and recently in Panama City, the market demand for the brand/artiste is high and by the looks of things everything “Sell Off” states Rickardo Shuzzr, Alkaline’s Publicist.

Since the start 2021, Alkaline has managed to enjoy many successes in the face of ongoing criticism. With the highest charting Reggae-dancehall album to be released this year thus far under his belt on the coveted Billboard Reggae Album chart, paired with an impressive pure sales unit as well an impressive debut across various charts globally, the artiste impact is undisputed.

From performing at sold out venues across the US and gearing up what fans can anticipate will be a great end to 2021, the Vendetta fans can remain optimistic with more appearances, music and videos to come.

Posted by Addiverbalist Kev at 23:07
Email ThisBlogThis!Share to TwitterShare to FacebookShare to Pinterest
Labels: Music, News