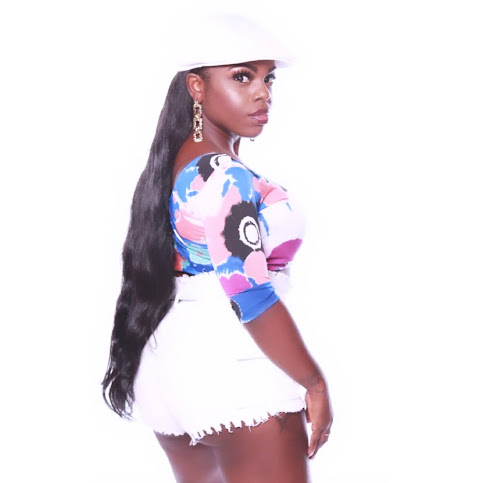 August 2021 — TORONTO (Acclaim PR) — Stunning entertainer Sure-D, also known as Kathy-Ann Murray, delivers an authentic and fun Dancehall sound on new single “My Ting” .The Badda General-produced song sees the artist who was born in Trinidad and Tobago and raised in Toronto, Canada, expanding well beyond her Soca roots.

“I felt like I’ve always dabbled in different styles of music and I just went with my vibe at the time. I am a fan of Dancehall and wordplay and thought this style allowed me creative expression on the song,” says Sure-D.

“My Ting” boasts a catchy hook over an old school uptempo beat, bound to  capture the attention of the masses. Whether listeners are reciting the lyrics or just moving and grooving, the familiar sound and vibe of “My Ting” is slated to help solidify the Sure-D brand amongst wide audiences. “My Ting” was penned from the perspective of an independent woman.

Sure-D makes it a habit to not be pigeonholed into one genre of music and refers to her music overall as a “world sound.”

“You will be able to hear the Soca and Dancehall influences within most of my music,” the singer says. “However, you can also identify  genres like R&B and Afrobeats. In Trinidad, we have a dish called ‘Pelau’ — with a little bit of everything in one pot. That’s actually  a good way to think of my music.”

It’s no surprise that Sure-D handpicked Dancehall frontrunner Badda General to produce “My Ting,” as he is a triple industry threat (artist, selector and producer), who has been scoring with a wealth of hit music. According to Sure-D, the connection with Badda General came in 2018 via another Toronto-based Dancehall act. But it was in 2019 when the two joined forces.

As Sure-D strives to reach global audiences with her diverse style, she longs for
the day to “touch road” again safely. Like many, Sure-D had to adapt to a virtual world and the near standstill pace of live entertainment during the pandemic. As an independent artist, she had to work extra hard to promote her music.

No stranger to the stage, Sure-D has performed at Soca Monarch in Trinidad,  opened for Jada Kingdom in Orlando, Florida just before the pandemic and recently graced Jerkfest in Toronto. Sure-D cites her electrifying stage presence, creativity and songwriting as her stand-out criteria.

In fact, Sure-D’s song-writing skills have afforded her opportunities to write with renowned songwriting teams and producers (Kia Jeffries, James Lackey and Steven Jordan better known as Stevie J) for a range of Pop, Gospel, Hip Hop and Reggae artists, including Freddie McGregor and Turbulence.

“My Ting” destined to have audiences having fun and dancing again, is out now on all digital platforms. A visual is due later this month.