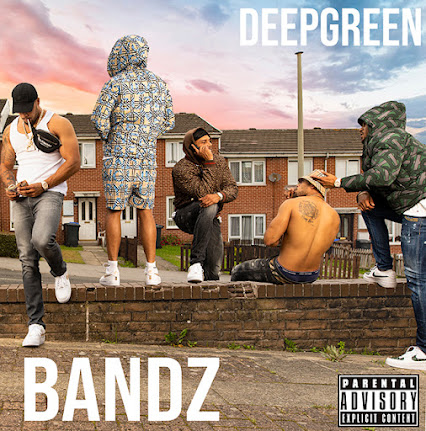 Continuing the evolution of his groundbreaking ‘Trap-Hop’ sound, Deep Green shares his latest masterpiece ‘Bandz’. This release epitomises the power that the Sheffield native holds due to the fact that he is entirely self-made.

Renowned for his deep strong vocals and eloquent lyrical content, Deep Green delivers all this whilst bringing the energetic trap-hop sound that we have come to love. His stories of the streets create an irresistible allure for the listener, we gain an in-depth understanding into the thrilling lifestyle that the Sheffield based rapper lives. The ‘YDMO’ produced track has the perfect instrumental that truly embodies the intensity of the delivery, all the elements together generate a witty, intelligent and punchy feeling, all wrapped up in an effortlessly vibrant single. Throughout the song Deep Green references the main theme of securing payments in numerous ways, he describes this further when he said that he “Thought it was time to drop a banger since the lockdown’s are finally over, everybody’s getting back to work and back to money.. however they get their BANDZ!!!”

The Northern rap legend, titled as one of Rap’s ‘non-capital assets’ by The Guardian, refuses to take his foot off the gas. Boasting an impressive discography including numerous hits from albums such as ‘6 Years Deep’ along with his breakthrough mixtape ’50 Shades Of Green’, Deep Green has become the embodiment of UK regional rap. Devoted to hard-hitting content in addition to delivering his realistic, relatable sound, the Sheffield based rapper is a favourite with the pioneers of the sound, including DJ Charlie Sloth (who he dropped an almighty Fire in the Booth for) as well as Toddla T, Dj Target and Snoochie Shy. He has also shared the stage with a number of notable UK artists including the likes of Skrapz, M Huncho and Yxng Bane. Deep Green is securely established as one of Sheffields finest and is rapidly becoming a household name across the country.

Stay up to date with DEEP GREEN by following him on socials for news about upcoming releases & more.