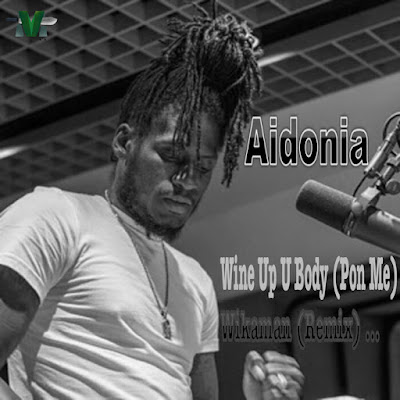 Aidonia's New Remix Single Wine Up U Body (Pon Me) is fast becoming a dancehall sensation with over 15K streams on Spotify in its first week of release!.

Aidonia (Sheldon Lawrence) became active in early 2004, and has released albums on the record labels, VP Records and Jag One Productions.

Wine Up U Body (Pon Me) originally on the Full Moon Riddim (Machete Records 2011) has been remixed by Manchester producer Wikaman from the UK & has quickly become a favourite with the Spotify Playlists.
Posted by Addiverbalist Kev at 06:45
Email ThisBlogThis!Share to TwitterShare to FacebookShare to Pinterest
Labels: Music, New Release, News