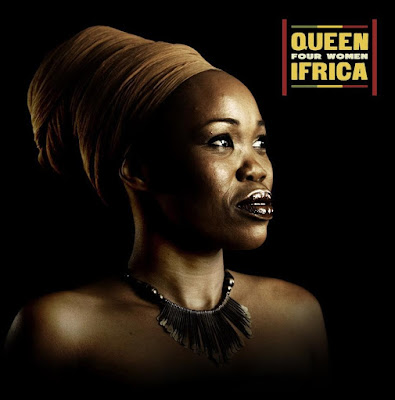 New York, NY, April 26th 2021. As we commemorate the anniversary of the iconic Nina Simone, ‘Live at Berkley’ the words to her single “Four Women'' are as potent today as they were 52 years ago. All over the world, women are facing gender-based violence, unfairly treated, financial oppression, while facing stereotypes within society based on their race and the damaging legacy of slavery. Yet they continue to be the pillars of our society. Jamaica is in the throes of a disturbing wave of crimes against women that have motivated many to speak out, but none more relevant than that of Reggae’s own Queen Ifrica. Courtesy of the Marley’s Ghetto Youths International label, Ifrica gives us a glimpse into her own inner thoughts on the tragedy.

With her soulful, reggae cover of Nina Simone’s ‘Four Women’, Ifrica reminds us that women’s struggle for survival and equality is nothing new.
The original song was released in 1966 on Simone’s ‘Wild Is the Wind’ album and spoke to a similar struggle that the women of our society still face today. Ifrica has always been known for advocating to end violence against women in her own songs like ‘Daddy’, ‘Don’t Touch Me There’. She has also long been a voice of representation for black women in the entertainment space, as per her 2009 hit ‘Lioness on The Rise’, or more recently her 2017 hit ‘Black Woman’. This new single is merely another chapter in the book of her legacy.
Queen Ifrica has long been a fan of Nina Simone and her iconic Jazz catalogue, so the decision to use her song to speak on this issue is a natural progression. Ifrica’s Reggae Cover of “Four Women” is scheduled to be released on Monday April 26th, 2021: the anniversary of the 1969 recording of Nina's "Live from Berkley'' album. This soulful reggae takes on the beloved hit song, gives audiences a new way to enjoy or rock and groove to an old favourite. This cover is also made more ideal because of the similarities between both artists who have always stood for something with their musical talents.
With the plight of the woman and contemporary feminist movements at the forefront of public consciousness, this cover is likely to become a renewed anthem. Specially produced with an expert ear, by Stephen Marley himself, Four Women is the sound of women banding together and giving a voice to their struggle. It is the sound of Reggae’s queen speaking out against the abuse of minority women in a global world and telling the story of the existential terror they all share as the more vulnerable sex. Four Women by Queen Ifrica is the song that represents the theme of our last decade: the rise of women.
Stream “Four Women”
https://ghetto-youths-international.lnk.to/Queen-ifrica-four-women
Youtube:- https://youtu.be/z6RUmyqKst4
Posted by Addiverbalist Kev at 08:56
Email ThisBlogThis!Share to TwitterShare to FacebookShare to Pinterest
Labels: Event, Music, News