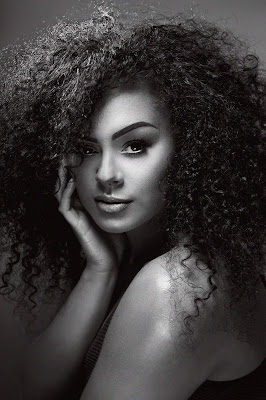 “@AleighciaSings I love your new record ‘I Want You’ it’s so good.. congratulations 👏🏼👏🏼👏🏼” David Rodigan

Aleighcia Scott’s voice has the soul of the finest Reggae singers combined with the power of a 50-strong Welsh choir and given that she grew up in Cardiff and yet with family roots from Trelawny, Jamaica this should come as no surprise. It’s a voice that is exciting those in the know on the Reggae scene and Aleighcia has recorded with Julian Marley and more recently been tapped up by both Peckings Records and Rory Stonelove to work on extended length projects.

Having blazed a trail on her local scene in Cardiff with an award for Best Local Artist (Radio Cardiff) when she began her singing career and an ongoing residency at her local Irie Shack, Aleighcia has since been called upon to support top talent including Tarrus Riley, Julian Marley, Soul II Soul, Gyptian and Professor Green. The heat around her live performances have seen her called to perform at Glastonbury and Latitude (for BBC Introducing in 2019 culminating in appearances in the home of Reggae, Kingston JA, including sterling sets at the world-renowned Dub Club and on King Jammy’s Soundsystem.

As with many of the new generation of Reggae stars Aleighcia Scott brings something a bit different and pushes the boundaries of the genre. Her vocal style is incredibly soulful and she shows great eclecticism in taking on different styles such as DnB, Hip Hop and acoustic tracks. A great voice can challenge any style. Nevertheless, winning the MMG 2017 Award for Best Reggae Act it is clearly Reggae where her spirit lies and her future beckons.

Aleighcia Scott is among an array of new powerful young women singers making their mark on the Reggae scene. Tracks from her debut EP released by Peckings Records received radio play from Rodigan, Seani B and BBC Introducing. Soon after she was recruited for the BBC Wales Horizons artist development programme and track ‘Bloom’ was playlisted on BBC Wales. Following from this have been several live performances on BBC Wales TV and Radio.

Aleighcia Scott wins friends and respect with every note she sings and with a thrilling team up with Rory Stone Love, for a full-length album, on the horizon you can expect a firework filled future for her. With powerful soulful vocals, calls from seasoned and respected producers, support from artists that are household names and a nose for dynamic collaborations you’d be mad to doubt it. Watch this space, Aleighcia is going to smash it with her voice. 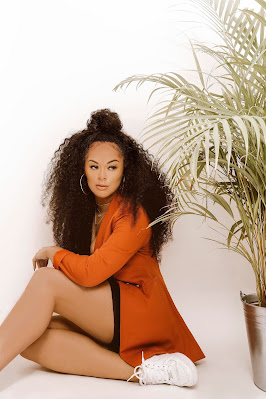 Walk Away From Love (Official Video)

Posted by Addiverbalist Kev at 20:57
Email ThisBlogThis!Share to TwitterShare to FacebookShare to Pinterest
Labels: Biography