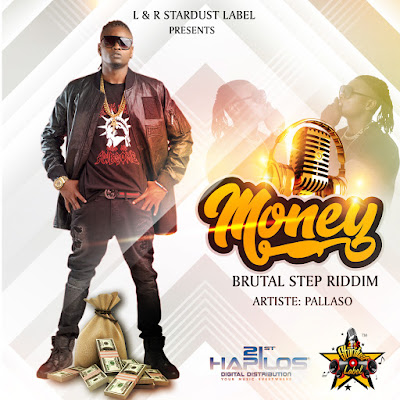 East African fastest rising Award-Winning Musician, From Uganda, CEO of Team Good Music, King of the East, A.K.A Pallaso has teamed up with L & R Stardust Label to present their newest release hit single titled Money. The song is on the Brutal Step Riddim. Released June 26, 2020 the song has been receiving heavy Radio airplay and DJ rotation from dancehall music supporters across the globe, from the USA, Europe, and Jamaica to Africa. Could say East meets the West.

Pius Mayanja known by his stage name Pallaso is a Ugandan recording artiste, songwriter, producer, and videographer. He sings in Luganda, mixes with English and sometimes Kiswahili. His music genre specialty is Afrobeats, Hip hop, Dancehall, Afropop, and RnB. His musical journey started back in 2000 when he started out at Leone Island, a musical group that is owned by his older brother, Dr. Jose Chameleon. He later moved to the USA, where he lived for 10 years, before returning to Uganda in 2014. Upon his return, he set out to establish his now very celebrated musical career, and formed the group, “Team Good Music.” Which seems to be working well in the Uganda music industry.

Posted by Addiverbalist Kev at 13:14
Email ThisBlogThis!Share to TwitterShare to FacebookShare to Pinterest
Labels: Music