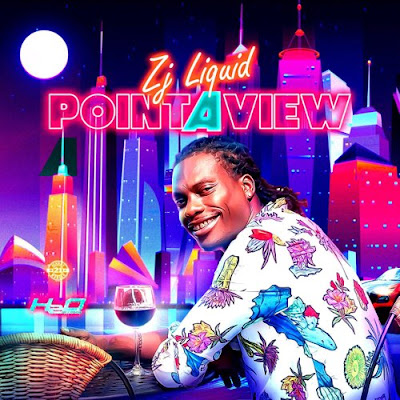 “The highly anticipated 'Point A View' EP by ZJ Liquid is officially out released on October 9, 2020. It's a project with all new songs, with plenty of big name collaborations. ZJ Liquid is working with producers such as Seanizzle, Dane Ray; He produced three of the tracks himself, I Octane produced a track. This EP is a great body of work that dancehall lovers will enjoy, and it features collabs with Beenie Man, Dane Ray, Dean Fraser, K Coneil, Kemar Highcon, Vershon"

According to the producer, The EP is an unapologetic take on what 21st century music represents to the deejay-disc jockey-producer, a truly multi-talented individual who has redefined and continues to redefine the dancehall space.

“Well, the title of the EP means it's just my music from my view, my vibes...I am doing higher quality, higher level and different vibes of music but still representing for the females. I have grown and I am more experienced to a wider variety of music right now, so this will be reflected on the EP,” the disc jockey, whose real name is Michael Brissett, explained.

Like most radio DJs, ZJ Liquid got into music by 'spinning' on hometown sound systems, first as a DJ at Pier One (in Montego Bay) alongside Jason Russell on a 'sound' called In Excess.

ZJ Liquid got his first break in radio when he joined  Hot 102 FM as DJ Lippo   from 1999–2000. Shortly after, his big break came when he was selected by IRIE FM owner the late Karl Young to work on ZIP FM.

He  founded H2O Records in 2004 and became a prominent producer, who has worked with the likes of Kranium and Tifa. In 2017, he did a 'Black and White' Vybz Kartel album. In 2018, he released his first EP, the aptly entitled 'Mobay Son' on the H2O Records/Johnny Wonder 21st imprints with collabs with Tifa, Demarco, Konshens, and Noah Powa. He has performed in countries such as the USA, Belgium, Slovakia, Spain, The Netherlands, and Austria.

Posted by Addiverbalist Kev at 13:43
Email ThisBlogThis!Share to TwitterShare to FacebookShare to Pinterest
Labels: Album