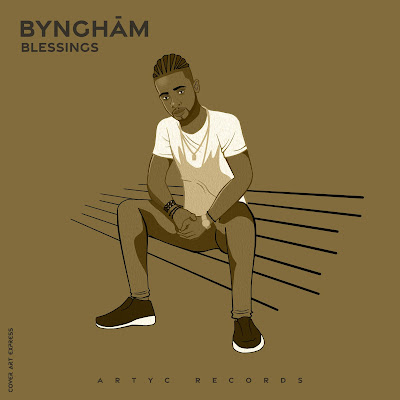 Since the release of his latest single “Blessings” on October 2nd, Byngham have rock up over 100k views on Youtube in it’s first week.

Byngham believes “Blessings” could be the Breakout single that will give him recognition and a place in this competitive music space.

Fans deem Byngham’s Blessings an instant hit and a potential #1 song in Jamaica.

“Blessings is easily my best effort thus far. I feel very confident about this song, I know it will get the recognition it deserves and hopefully crossover into the mainstream market”, said Byngham.

Byngham is another talent from Montego Bay. Born in Maldon, St James, grew up in Flankers Mobay and Lilliput, Rose Hall. Byngham currently resides in New York but travels frequently to Jamaica.

Amongst his latest releases are Realest, No Rush and Pray Fi Dem all under his own record label Artyc Records.

A music video for Blessings is scheduled to be released late November or early December.

Posted by Addiverbalist Kev at 21:27
Email ThisBlogThis!Share to TwitterShare to FacebookShare to Pinterest
Labels: Music