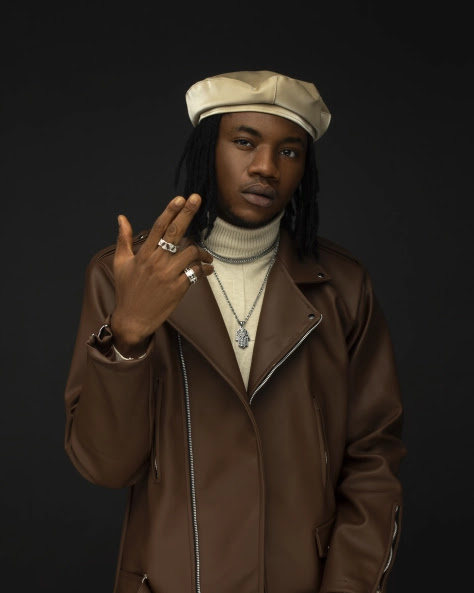 The term “badman” has constantly evolved in its reggae/dancehall rooted meaning to now depict the sublime nature of a person’s lifestyle and street credibility. This word makes up the first half of Ugochukwu Nwachukwu’s uncommon moniker, representing his Afro-Jamaican dipped persona.

He is, however, a full-blooded Nigerian who hails from the industrial southeastern state of Anambra. The second half of his alias has simply followed him from his childhood days of singing the songs of his favourites in his school classroom, making it the perfect suffix choice for Badman Chorus. From his fine mastery of Patois, to how he wears his dreadlocks, to his superpower of freestyling and his overall vibe, Badman Chorus lives, breathes and sings his name.

Born on the 26th of November 1997, Ugochukwu is a young Sagittarius man who is best described by his zodiac as an independent, energetic, goal-getting person with a decent dose of wild. His Father’s love for The Fugees group formed the bedrock that heavily defines his soundscape: a perfect blend of Lauryn Hill’s soulful, lyrical ingenuity, Wyclef’s versatility and the swagger in Pras’ delivery.

Although the group disbanded in the same year Badman was born, their collective and solo endeavours remain some of the greatest songs to design modern music history. He also name drops Bob Marley, Buju Banton and Diddy as some of the lights that continue to guide his creative path. In this phase of his journey, he aims to have more people awaken to their truths through his art. He is currently signed to Shaneh Music, an independent record label that has bought into his long term goals.

With the Alternative movement in full swing, standard genres have morphed into many different sub-genres and Dancehall is not left out. Global counterparts like PartyNextDoor and Koffee constantly experiment with the sound by adding their continental flavours but Badman Chorus possesses a special secret recipe. Under the umbrella of Afrofusion, Chorus has created a valuable niche for himself by carefully drawing from the elements of reggae, dancehall, calypso, soca, grime and reggaeton, and placing them against the vast backdrop of Afrobeats. Two stunning examples of this are his “Dollar Bill” song and a track called Onye Oma which enlists the help of Badman and his industry peers – 1 Jay and Sugarbana.

Catering to the music taste buds of a pleasure-driven generation with fickle attention span mostly requires many artistes to circle the same predominant themes of partying, money, sex and drugs. While Chorus has shown his understanding of this rule, his goal is to find the perfect balance between commercial appeal and consciousness.

Not only does his music have its place in literal dance halls, but it also serves the listeners some food for thought on their drive home. It is important to Badman Chorus that his music helps his fans relate more with their day to day lives. Authenticity is his watchword and he never fails to preach it through his lyrical content. In his 2018 release “Don’t Judge”, Badman made an entire hit by reiterating the essence of life as an individual journey to self-actualization.

The likes of Patoranking currently blaze the trail in the Afro-dancehall department and Badman Chorus stands as one of the rightful heirs who will keep the fire burning. In the meantime, he is concerned with taking his precious time to create timeless music while building a steady tribe of fans who will mirror and reflect his brand of real-life consciousness, devoid of fakeness.

Although 2020 has delivered the world unprecedented events, as the old saying goes “the show must go on”, and on it goes as Badman released his new fresh EP titled “Believe Vol.1” available worldwide on all major streaming platforms and digital outlets distributed by international giant ONErpm at https://onerpmafrc.lnk.to/BelieveVol1

“The reason why I do music is to impact people’s lives with the message I pass through my songs. I want people to feel the reality of life through my music.” – Badman Chorus

Posted by Addiverbalist Kev at 16:10
Email ThisBlogThis!Share to TwitterShare to FacebookShare to Pinterest
Labels: Music, News