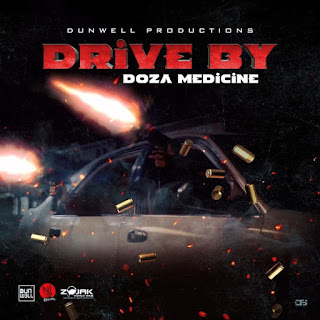 The official music video is out: Doza Medicine - Drive By

Doza medicine comes out with the lyrical medicine that we all need in his latest single "Drive By" produced by Dunwell Productions out of the Supreme Riddim.

The riddim also features artists from the unruly camp such as Popcaan, Quada and Jafrass, reknown artist Shane-O and Masicka.

Dunwell showcases his master class in the dancehall scene over and above his later projects and releases and sets major record as a prominent producer backed with a track record of major hits with well known dancehall acts like I Octane ft Gaza Slim - Cyaa Do It and Vybz Kartel 'Protect Me' off the 'Advice Riddim',  Jahmiel single hit track U me Luv, Popcaan and Shenseea, just to name a few.

The riddim features well crafted melodic harmonies with an up to the top beat that keeps the listener well sensitized and glued.

The official release of the Music Video was premiered on Hype TV check the link: https://bit.ly/2L3drhU

Watch the visuals for the Music Video below:

Posted by Addiverbalist Kev at 01:27
Email ThisBlogThis!Share to TwitterShare to FacebookShare to Pinterest
Labels: Video