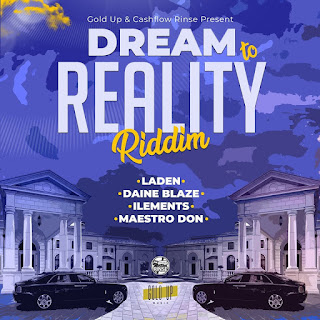 Dreams to Reality Riddim
Bringing us back to sounds that resemble riddims that were released earlier this decade, Dream To Reality riddim is a smooth, juggling riddim that features a positive, cultural approach with its lyrical content. The riddim features artists Laden, Maestro Don, Ilements, and Daine Blaze.
A collaboration between Gold Up Music and Cashflow Rinse was long overdue. Two DJ’s, Gold Up’s Raph aka “Sativa” and Cashflow Rinse are both known to please crowds across the world. Combined with Gold Up’s composer/producer, Zack Ariyah, the three have been a part of each others extended network for years, it was only a matter of time before they came together to create the perfect juggling riddim. 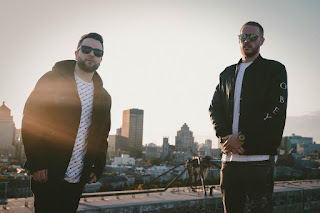 Gold Up Music
Based in Montreal, Gold Up Music was founded by Sativa Sound’s, Raphael Vivet. The label made its debut in June 2018 with the release of their single Belong With Me ft. Jamaica’s international sensation, Shenseea. Currently sitting over 1.5 million views on YouTube, the pop-fused, dancehall record instantaneously started bubbling in clubs across North America, Europe, and the Caribbean. The single also garnered media attention from Germany’s prestige Reggae platform, Reggaville, and Canada’s Montreal Dancehall.
In September 2018, Raphael teamed up with Dancehall’s popular, yet underground composer: Zack Ariyah. The duo quickly found their groove and started releasing more heavy hitting tracks such as Iba Mahr “Concentrate”, Kash “Full Package”, Echo Dan “Run Wanted”.
With a crate full of new singles prepared for release, the team anticipates a strong 3rd and 4th quarter for 2019. Experimenting in various genres outside of Dancehall, Gold Up Music will be showcasing their versatility with more Afrobeats and Reggae tracks.
Follow on:
Instagram
Facebook
©2019 Reeva Ann Walker® | Reeva Ann Walker | p: 1-416-305-6160 | e: reevaannwalker@gmail.com