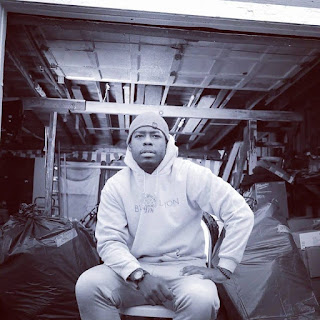 Blu Lyon was born Austin Lyons Jr. of Trinidadian parentage and comes from a lineage of Well-known musicians like his father, Calypsonian Super Blue, and his sister, Soca artiste Fayann Lyons. He was born in Brooklyn, New York where he was exposed to musical influences of both the American and West Indian cultures at a young age. The latter years of his childhood was spent in the Caribbean on the island of Trinidad with his grandmother due to the hardships his mother faced in New York raising a boy as a single working mother.

While living in Trinidad Blu experienced a constant influx of music. This gave him not only a love for it as a listener, but also gave him a hunger to be a creator. The time he spent around his father’s musical environment also gave him insight on what it would be like. “I was interested in anything as long as it had to do with music; I love how a song can have an impact of someone’s life.”

Upon returning to New York for his high school education, Blu took a serious interest in music as a future career path. He began to develop his writing skills by fusing rap with dancehall lingo and educated himself about music production. Blu also got involved in battle rapping and producer battles to sharpen his creative skills. He then decided to gain a professional understanding of music and its industry by attending Queens Borough Community where he earned a degree in Music Electronic Technology and Business.

In college Blu started a rap group and produced a number of records which were enough to catch the attention of Sony and Murder Inc. records, but some unfortunate events prevented deals to be made with them. He then moved on and recorded his first reggae song, ‘POOR NO MORE’. A Youtube video of the song spread virally and made it a favorite among many international music lovers and creators. That encouraging reception led him to further push himself within the dancehall arena by releasing a mixtape, ‘BIG BUSINESS’.

He soon became an opening performer for hip hop and reggae acts like Collie Buddz and Funk Master Flex. He has graced the stage at the annually held Linkage Awards in New York and produced music for top dancehall and reggae artistes Vybz Kartel, Mr. Easy, Mega Banton and many others. Print and online publications such as Skope, Vents and L3 magazines have featured Blu as an artiste on the rise.

Blu is currently working with Beatmania Productions to finish work on his 'CHARGE UP’ mixtape which features his colleagues Dexta Daps, Ky-enie & Lady Ali. The music video for his new single 'NEVA FIGET DEM' has been premiered on Jamaica’s Hype TV.  His past interviews, music videos and performances can be viewed on his website www.blulyon.com. His mixtape ‘BIG BAD MIGHTY MIXTAPE’ is also available on the site for free.

Posted by Addiverbalist Kev at 13:14
Email ThisBlogThis!Share to TwitterShare to FacebookShare to Pinterest
Labels: Biography