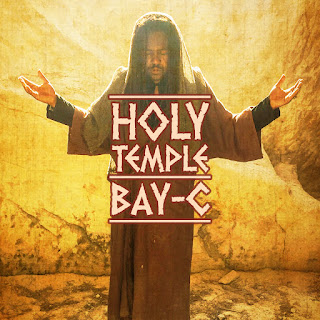 Bay-­C gets spiritual with the new Holy Temple Visual Album

International Bass Vocalist Roshaun ‘Bay-C' Clarke unleashed a project worldwide five years in the making, his first full length solo album called Holy Temple. The project is considered a collection of inspirational and introspective songs and visuals that are put together over the past 5 years by Bay-­C.

"It is a story of spirituality, love and travel through the eyes of Bay-­C. Inspiration came from different events in my life;; From friends like Lil Joe, Oneil (Voicemail) and Delus passing, to the birth of my youngest daughter to my solo career, they all fed into this album," Bay-­C shared

Bay-­C admits that five years is a long time to be working on an album but believes nothing is done before its time, and now with a new inspirational and spiritual wave in music the timing is perfect.

"I think it’s a new energy globally. It’s that time in the world where people are more enlightened and seek more depth spiritually, the music needs to support that as well," Bay-­C added

The project is the first Full length one for Bay-­C as a solo act and shows his growth as an artiste. Holy Temple highlights the roots and alternative side to Bay-­C more than the hardcore dancehall personality fans are used to but, the artiste assures listeners that Holy Temple is still 100% Bay-­C, showcasing his full range of vocals. The 10 track project is also a fully visual one with 10 corresponding videos for the Holy Temple album.

"The videos were shot and edited by Benjamin Lidsky. We shot visuals all over the world from the Negev Desert of Israel, to the German Alps to the shores of Jamaica," Bay-­C continued.

The Holy Temple video along with the album was released on all digital platforms and is distributed by Bombrush Records and The Orchard.

The first single from the project 'Run From Poverty' is already gaining traction in the dancehall and can be found on his BayCvevo page. For more info on the project and new releases follow Bay-­C on Instagram @baycmusic or visit his website www.baycmusic.com. 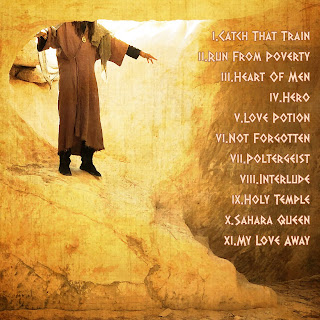 Holy Temple is the debut album from Reggae and Dancehall superstar Bay-C.

The 10-track body of work is a musical journey through spirituality, consciousness and love. Recorded in Kingston, Berlin and Cologne, the project embodies a global interpretation of reggae and dancehall blended with middle eastern sounds. Bay-C teams up with producers from all over the globe to curate this project.

As a seasoned artiste from the legendary quartet T.O.K, Bay-C seamlessly flexes his voice from the widely recognized bass voice he is known for in dancehall to his raspy chanting and sultry singing on this album. Tracks such as Hero, My Love Away and Love Potion sees the artiste exploring topics of romance in what seems to be a very personal story.
Meanwhile on other tracks such as the title track Holy Temple, Poltergeist and Not Forgotten Bay-C digs deeper into spirituality with the message of oneness shining through and the appreciation for the preciousness of life.

Not to leave out the classic “rastaman” bangers, Run From Poverty, Heart Of Men and Catch That Train cover just that.

Finally, the track ‘Sahara Queen’ is a refreshing blend of middle eastern sounds with a dancehall/hip hop flow that is as much experimental as it is a perfect hybrid.

If the forward-pushing music were not enough, the 10-tracked album boasts 10 accompanying videos, shot all around the world. From the streets of Kingston to the Alps in Germany; from the shores of Jamaica’s Lime Cay to the Negev Desert in Israel, the project truly comes to life when visualized.

The artiste states that the album is six years in the making, the title track Holy Temple being written in 2012 and from this precious piece of art, we can see, hear and feel that Bay-C’s Holy Temple, like sand through the hour glass, is one to stand the test of time.


The only thing constant is change.


This album is a testament of a new day, a new chapter… a new journey.


A journey to the Holy Temple!

Album Credits
THANK YOU
A special thanks to everyone who worked diligently on this project.
To the producers Dancehall Rulerz, Frankie Music, King I-Vier, Jumpa, Willy Chin, Dead Rabbit and Duhan, thank you for blessing me with some fire beats and trusting me to go out of the box with the music.
To the engineers who brought these songs to life mad respect. Kamal, Zj Rush, Dead Rabbit, Icon and Syantis unu ratings large!
The super talented musicians, Riff Raff, Benny Bazzazian, Boris Rogowski, Robert Dubwize Browne, Andre France Flute and the countless other silent assassins. We couldn’t do it without you.
The warmest regards also go out to Sherida Sharpe and Kenia Mattis for putting such beautiful vocals on Not Forgotten and Holy Temple respectively.
Maximum respect to my brothers Benjamin Lidsky and Kfir for putting together killer visuals to compliment the music.
Finally, a special thank you to my Dad for taking the album photos and to Margos for the epic artwork.

To my family – I am nothing without you. Catch me if I should ever fall.

Enjoy the album!
Posted by Addiverbalist Kev at 15:28
Email ThisBlogThis!Share to TwitterShare to FacebookShare to Pinterest
Labels: Album