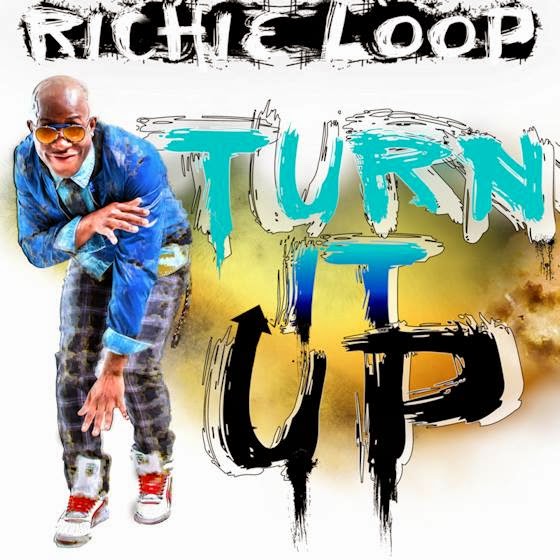 Richie Loop born Richard Webb  (Producer/Song Writer/Artist) was born on December 23, 1986 in Kingston and raised in the parish of Clarendon Jamaica.Richie Loop attended Clarendon College but later pursued studies in Information Technology at Excelsior Community College.
Richie Loop worked as a composer at Gumption Recording Studios. His first job as a producer was for a small studio called Gal A Rush Recording studio.During that time he worked with veteran reggae artist Derrick Morgan.
In September 2009 he joined the Big Yard Team.Working with D- Lynx his first production for them was the 'Brainstorm' riddim which was quickly followed up with 'Maad A Road' and ''Sweat Shop'' riddims with songs produced namely ''Wants It Good'' on the Brainstorm riddim and ''Gyal Whine'' on the Sweat Shop riddim.

In February 2010 he recorded and released "My Cup" which was a sure hit in the clubs,parties and made its way top several reggae and dancehall charts.Great songs from the ever Rising Artist to name a few include; "On a Mission" "Take on this world" "Hey Gyal" "Holiday" and collabs such as "Party like its yuh Birthday" "Summer spazz" and "From day till night" produced by "NoGimmicks" are a sure hit with the Kenyan fans.
Adding to his catalog of good music, Richie Loop recently released his new single "Tun It Up" which is a club banger making Airplay on radio and getting attention of disc jockeys and media outlets.Also his latest release a new single titled "Born come see riches" Real meddz enuh!
We got a chance to have a question and answer time with the Artist and here are the answers!!Hope you have a Laugh and more Insight to the man. lol

For Kenyans and Worldwide fans Richie Loop should be the man to watch out for. lol

1. When and where were you born? Position of the place and its landmark in Jamaica.
Ans: I was born December 23 1986, in the parish of Kingston,Jamaica.

2. Do you recall any interesting stories regarding your birth?
Ans: we'll there was not much interesting stories about my birth only that I had asthma as a kid and at a young and tender stage I had to be in a incubator. And that was during the great hurricane oval led "hurricane Gilbert"

3. What is your earliest memory?
Ans: Bucking my ten toes on my way back from school one day as a kid.

4. Who was the most influential person to you as a child?
Ans: my father

5. Did you have any pets as a child?  What kind?
Ans: yes I had a pet dog call REx, lol was the fastest dog I believe as a child.

6. What did you do during the summertime?
Ans: during summers I would visit my mom who lives I'm Clarendon with my lil brother. And that was great fun time.

7. What was your favorite game?
Ans: I was a avid play of karate, loved it as a kid.

8. Did you have any nicknames? Who gave you such?
Ans: yes weird enough as a kid I never had no forehead the hair on my head grow right down to my eye brows. So they use to call me "buck hog" is hated the name. So I would chase down anyone who called me that and throw stones at them. Lol

1. Do you have children?  If so, how many and what age and gender are they?
Ans: no kids as yet hope to one day..


2. What does the word “family” mean to you?
Ans: the word family I'S very important to me cause I love my brothers and sisters to death. And my parents r first after God.

3. In what ways have your parents influenced you the most?
Ans: well by tell me to go to school learning to read and write and pray. And to have faith and patience in everything I do.

4. What is your relationship with your parents like today?
Ans: very excellent loved my parents we like brother and sister to each other.

5. Do you have siblings?  How many, are they older or younger?
Ans: yes I have siblings , 3 brothers 3 sisters and they all younger than I am.

6. Who are you closest to in your family?
Ans: my brother cause we grew together, my father also cause we went through all the hard days good and good day. Big up to all the real fathers out there..

7. Who do you admire most in your family and why?
Ans: my father, cause he never left The Almighty out of anything, and he taught me that also. Pray and have faith he says. My father is a real dad. Straight up.

1. Who was your best friend?  Are you still in touch with them? E.g. Charles Barker
Ans: yeah man my best friend as the same name as I do richard, real gyalis lol big him up he now in trinidAd..

2. What was your favorite subject to study?
Ans: art and craft loved that subject.

4. Is there a teacher that you remember having been particularly influential?
Ans: no not that I remembered...

5. How would you describe yourself as a student, both socially and academically?
Ans: well I would say I was a average student in some areas, but I was excellent in the arts. Socially is was a very popular kid, had the most beautiful gf in high school. I know most parents don't like this lol but kids are always gonna be kids.

6. What did you like most about school?  Least?
Ans: art class and my friends.

7. What sort of extracurricular activities did you participate in as a teen?
Ans: yes I was a athlete "track and field"

8. Did you have a teen idol?  If so, who was it and how did they spark your interest?
Ans: ""return of the mack" by "mark morrison" that dude when I saw I was like yeah that's who I wanna be when I grow up lol. But that video was great.

10. What would people you know find surprising about you as a teen????
Ans:that I was a nerd lol lol but a nerd with a twist.

1. Did you attend college?  If so, which one?  If not, why?
Ans: attend college yes was a fun time there as well met a lot of mix culture there.

2. What are your most memorable college moments?
Ans: I.T classes lol loved to be around CPU.

3. If you could do it again, would you take a different academic path, or are you satisfied with the route you followed?
Ans: I think I would do it again but this time I would take the same path but would take music classes and such to empower my craft.

2. Your progress?
Ans: my progress as been great so far cause look at it am been interview by "hero" lol

3. What was your worst job?
Ans: never had a worst job.

4. In addition to being paid money, how else has your career created value in your life?
Ans: meeting people and we all know how it is the ladies

6. What would be your ideal job?
Ans: being a car Designer

The Making of Tun It Up;

1. How did you come about to work with Avalanche Sound VP Records and what is the connection?
Ans: we are friends team members, Charles if avalanche sounds contacted me and told me we need to turn up the place. Cause my sound and the music I do ppl needs to hear it. Big up my team..

2. You are a producer shed some light on that and how has been the business?
Ans: yes I am, well it's been good I recently produce my single "turn it up" and a song on Cecile's new album plus a bunch of other songs to come.

3. Any Artists you’ve worked with any you’ve influenced and brought into the music Industry?
Ans: have worked with artiste yes and have introduced a few to the business, I've worked with shaggy, busy signal, CHRISTOPHER martin, Cecile, Sparo Blaxx, d-major and lots more.

4. What should Richie Loops fans expect from you in the near future?
Ans: so down right good music look out for some "reggae one drop songs" some Edm dancehall songs and the list goes on.

6. Any Artists you’ve worked with? E.g. Chris Martin, I-octane name the songs production?
Ans: yes work with chris martin on the " to the top" project for gentleman's album and " FRom day till night" with Ioctane.

8. Your Liking of Kenya and Africa at Large, #heritage #culture #wildlife what is your expectations from the Kenyan fans
Ans; I really don't have expectations I just hope and pray that's my fans support and enjoy my music to the fullest.

9. Your musical Journey?
Ans: been up and down it's like any other kind of job some days good some days bad.

1. Are you married? To whom and for how long?
Ans: very single lol

2. Do you believe in love at first sight?
Ans: yes I do but that's hard to find these days

1. What is your definition of “happiness”?
Ans: seen when I can help pol around me be happy.

2. What is your most memorable travel experience?
Ans: going Ina plane for the first time to miami. Thank The Lord for that.

3. What is the funniest thing that’s ever happened to you?
Ans: lol my pants being ripped on stage by a female lol

4. What is your happiest memory?
Ans: Seeing my parents happy.

5. What accomplishment are you most proud of?
Ans; making something of myself and not been a bum..

6. Where is your biggest fan base and where do you focus on making a big fan base e.g. Europe...Africa…Kenya etc?
Ans: Africa and I focus my attention on Europe, Africa and the states.

8. What do you like to do in your spare time?
Ans: watch movies, play ps3 and chill out with friends.

9. What is your most embarrassing moment?
Ans: can't remember lol

10. If you could possess one super-human power, what would it be?
Ans: mind control.
Here's the link to the New Video #TunItUp
Facebook
Richie Loop fanpage
Twitter
Instagram: @iamrichieloop