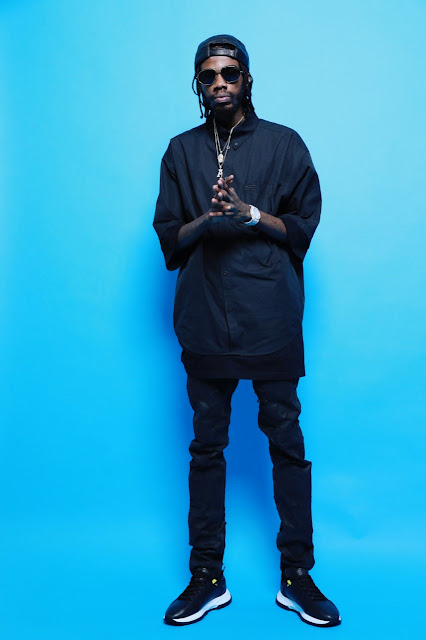 “It’s with no surprise that The Manhimself, Alkaline, continues to make huge strides in Reggae-dancehall music globally. Since the artiste introduction and ascension to the helm of the genre he represents fueled by his artistry, authenticity, and loyal fans, Alkaline continues to redefine the space as an independent artiste.

On June 22, 2022, four songs from Alkaline’s catalog were featured at Givenchyss23 men’s showcase in Paris, France. Alkaline would like to express his sincerest appreciation to Givenchy Creative Director, Mathew M Williams, for the inclusion in said showcase and look forward to a continuous great relationship and partnership.

Dancehalls influence on cultures, genres and fashion across the world is renowned and this new milestone demonstrates not just the economic value of the genre/culture but also Alkaline’s growth as he champions and ushers in a new era for Jamaican Music” – Kereena Beckford, Alkaline’s Manager.

Posted by Addiverbalist Kev at 10:09
Email ThisBlogThis!Share to TwitterShare to FacebookShare to Pinterest
Labels: Press Statement