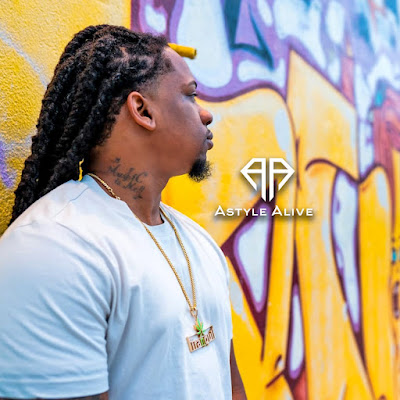 Queens, New York (Shuzzr) - Jamaican Producer Alec Martin more popular known as AStyle Alive, is no stranger to making hits or working with some of the industry’s more notable names. From fusing traditional and contemporary sounds of reggae-dancehall, Astyle Alive versatility continues to set him apart.

From working with the likes of Sizzla, Jada Kingdom, Qraig, Charly Black, D’Yani, I-Octane, Vershon and many others, the renowned producer continues to rival his peers. With several chart-topping singles to his credit, in 2021 his production company earned their first Billboard plaque from their partnership with Blak Spyda who was one of the listed engineers on Alkaline sophomore album Top Prize.

“I enjoy being a producer, and I would say that I am a world producer at that. My influences are Sly and Robbie, Di Genius, Chimney Records, Supa Dups, Fanatics and many others” states AStyle Alive.

However, the producer is setting his eyes on another Billboard plaque as he gears up for the release of his latest project ‘Listen To Me’, a 12-track album with recording artiste and dancer Qraig Voicemail which is set for release on June 24th, 2022.

“So far, the numbers and feedback has been great. I have various projects in the pipeline right now with releases from the Bigship family, Stylo G, Jada Kingdom, up-and-coming artiste Scrptiid, Konsoull, & many more that can’t be mentioned now” he further adds.

Since the announcement of the album “Listen To Me”, the project has peaked at #4 on the iTunes Reggae Dancehall pre-order chart; #20 on Amazon Reggae; #20 on Amazon Caribbean and Cuban charts with other notable placement and thousands of streams across digital service providers such as Pandora, Apple Music, Spotify and others.

Though based in New York City, the producer remains optimistic as he gears up for a hectic summer.

Posted by Addiverbalist Kev at 00:57
Email ThisBlogThis!Share to TwitterShare to FacebookShare to Pinterest
Labels: Music, News