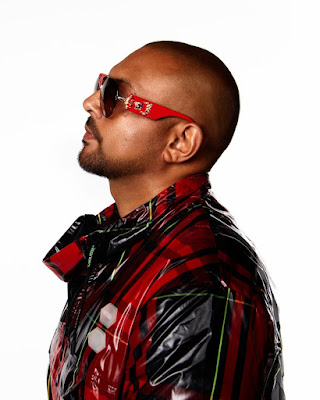 [New York, New York], March, 2022 – Multi-Award-winning Dancehall star, Sean Paul, announce 2022 U.S.Scorcha tour dates that will include features from his 8th studio album set to release later in the year entitled “Scorcha”. Returning to the stage following two years since touring due to the pandemic, Paul is eager and excited to reconnect with his fans live and in person.

Almost a year after the release of his Grammy nominated 7th studio album ‘Live N Livin’, the dancehall star returned to the studio and released “Dynamite” in November 2021, a second collaboration with Sia, following their smash-hit “Cheap Thrills”. To add to his accomplishments, just this year his single “No Lie” featuring Dua Lipa went double platinum in the UK and his Live N Livin album is nominated for Best Reggae Album for the 64th annual Grammys. All this excitement has built-up anticipation for a long-awaited return of Sean Paul live.
Last year, Sean Paul told fans on Twitter that come next spring he would be touring again, and he kept his promise. The 10-show lineup is anticipated to be “fire”, as Paul will scorch the stage starting at Busch Gardens in Tampa, Florida, March 3 and closing the tour in Monterey California, May 29.
While a digital platform may keep you connected, it is no substitute for being physically interactive with fans,” expressed Paul. Having not left Jamaica since the start of the pandemic, he has never been more ready to get back with his dancehall fans and have a party in person.
The public sale of the 2022 US Scorcha Tour begins Friday, March 4 at 10:00 a.m. www.allseanpaul.com.
03/11/22 Tampa Florida -              Busch Gardens Tampa Bay
04/22/22 Boston Massachusetts -  House of Blues (Boston)
04/25/22 Brooklyn New York -       Elsewhere
04/26/22 Brooklyn New York –      Elsewhere
05/14/22  Las Vegas NV                Lovers & Friends
05/15/22 Las Vegas NV -               Lovers & Friends
05/27/22 Los Angeles California -  The Novo
05/29/22 Monterey California -       Monterey Fairgrounds
About Sean Paul
Jamaican dancehall singer and rapper Sean Paul broke into the global mainstream in the early 2000s with pop-friendly party jams like "Get Busy" from his Grammy-winning Dutty Rock album, plus the chart-topping smash "Temperature", along with guest appearances on mega-hits like Beyonce’s Baby Boy. Across seven studio albums and counting, Sean Paul has taken the genre global, from its origin in clubs in Kingston, Jamaica to the top of the charts, packing some of the biggest venues in more than 120 countries. Only Sean has the distinction of being the first Jamaican to play shows in Kazakhstan and Madagascar. Paul has made a resurgence with a new generation of fans through high-profile collaborations with artists like Sia, Dua Lipa, Clean Bandit, and Pharrell Williams. To learn more about Sean Paul, www.allseanpal.com.
Sean Paul Socials:
INSTAGRAM | TWITTER  | FACEBOOK | TIK TOK
Posted by Addiverbalist Kev at 23:47
Email ThisBlogThis!Share to TwitterShare to FacebookShare to Pinterest
Labels: Event, News