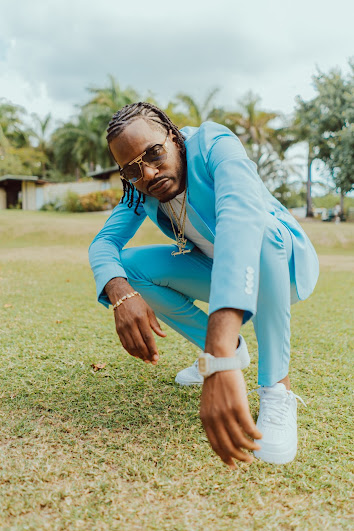 New York, NY March, 2022. Govanna’s follows up his string of hit singles with a new song titled "I Am". This new track is a poignant message to downtrodden people in this dark time. Govanna is providing exactly what is needed with the looming crisis war, whilst we are in a global pandemic; words of inspiration and hope. The chorus of this new single is ripe with positive affirmations that tend to be harder to believe than we think. This new track by Govanna has turned these affirmations into a mantra, reinforcing them through repetition. Originally produced by Dunwell, who is known for a slew of hits in dancehall, "I Am" is also hopeful in it’s rhythm, drum patterns, and chord key arrangement.

Rising like a phoenix from the ashes of his former moniker, Govanna has distinguished himself as a force to be reckoned with from Aidonia’s JOP camp. Hailing from the slums of Spanish Town, the artiste elevated himself and those around him through the practice and proficiency of his musical skill. Crowned in 2018 as Jamaica’s breakout artist of the year, with hit songs like "Gyal Thief", "Bake Bean", "Breeze", "Dozen +10"  and more. This tirade of hits soon gave rise to Govanna’s first body of work Humans And Monsters Are Not The Same. The album was released to rave reviews and culminated in a string of performances all over the globe that sees the artist still traveling in an attempt to satisfy the demand for his music.
This campaign to spread the music has catapulted Govanna into an entirely new stratosphere of stardom. But his singles recently like Cranberry and White Rum have shown that he is still connected. This latest single "I Am" is a reiteration of that journey from nothing to greatness, and Govanna’s choice of a hopeful message shows a concern that demonstrates how grounded he still is. No doubt a result of the perspective gained from the new height in his career, Spanish Town’s resident superstar has decided to add a ray of light to the constant darkness pervading the music.
Distributed by ONErpm, "I Am" is now available on all streaming platforms, video for single directed by RD Studios is out now.
Stream Link
https://onerpm.link/govana-iam
Posted by Addiverbalist Kev at 11:58
Email ThisBlogThis!Share to TwitterShare to FacebookShare to Pinterest
Labels: Music, New Release, News, Video