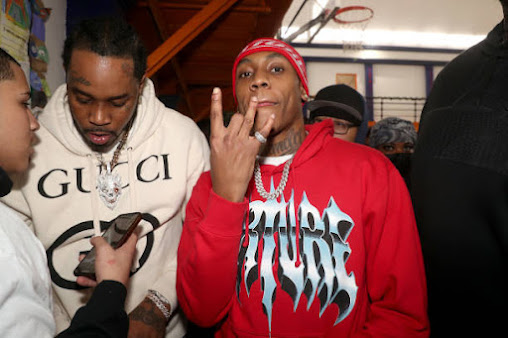 As our youths in today’s society grow up in communities, and cities across the world where the odds are often times stacked against them, there exist very few avenues where the disenfranchised can use their talent to break societal barriers and or institutional roadblocks to overcome generational and systematic oppression.

On February 1st, 2022 Million Dollar Music, finalized negotiations and signed a rising star from Canarsie, Brooklyn, namely TDott Woo, to its recording label in an effort to foster the growth and development of a talent whose dance and music not just electrified the streets of Brooklyn, New York but captivated a generation on a movement to redefine the rules of not just living but attaining wealth and prosperity.

Our label would like to acknowledge the untimely killing of Tahjay Dobson, more popularly known as TDott Woo, who was brutally murdered on February 1st, 2022 in Canarsie, Brooklyn. The unfortunate incident which occurred at approximately 2:30pm following Mr. Dobson visit to a family member, has left his family and the New York City music community in deep sadness.

While we can’t speak to the circumstances surrounding the death of Mr. Dobson due to the ongoing police investigation, we encourage anyone with any relevant information to please contact the authorities. In addition, we kindly ask that the family be given the privacy and respect to grieve the loss of their loved one.

TDott Woo, rose to prominence for his “Woo Walk” from a community whose drill music has and continues to electrify the world. The young rapper and dancer who was a close friend of the late multi-charting Billboard artiste Pop Smoke and of fast rising HipHop artiste Fivio Foreign has multiple video credits under his belt but it’s his ability to dance which speaks volumes and testament to his love for the arts and love of life.

We would like to extend our condolences to his family, friends, and fans. We stand resolute to ensuring that his legacy will live on. #WooForever #TDottWoo

Posted by Addiverbalist Kev at 15:18
Email ThisBlogThis!Share to TwitterShare to FacebookShare to Pinterest
Labels: News