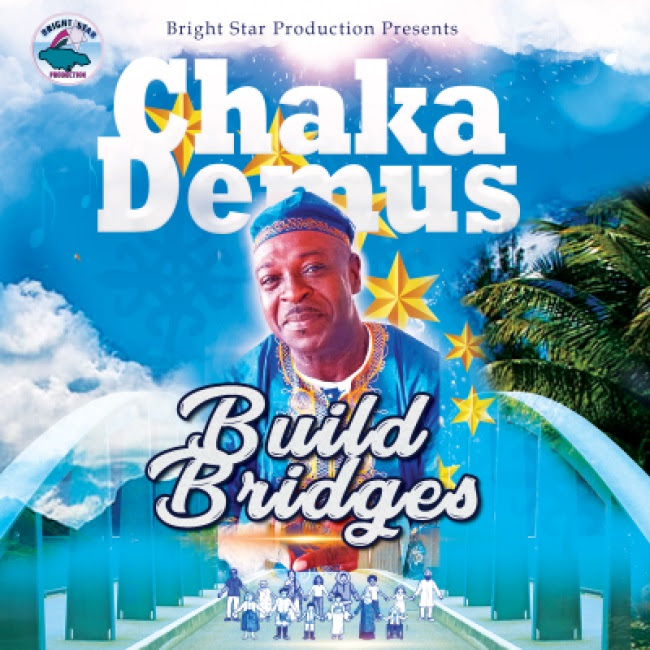 An anthem of love and togetherness encouraging humanity to put aside our differences and put more love and positive vibrations in the atmosphere.

Chaka Demus is very excited about the song and think it is the perfect follow up to Sweet Caroline,the collaboration with reggae crooner Freddie McGregor. Through his Bright Star Productions label and Colonize Media he is releasing the song and video on fulfilling the promise to bring quality music to the ears of music lovers.

BUILD BRIDGES is produced by Chaka Demus and Isha Bel with a great team of veteran and young musicians and singers; Franklyn Bubbla Waul on Keys; Danny Axeman Thompson on Bass, Isha Bel and Brian Gold on Harmony; newcomers Marlon Drums and Gsharp on drums & guitars with Linford Fatta Marshall on mixing. Chaka Demus believes he has created a song for all seasons that will resonate with everyone across the world! Label : Bright Star Production