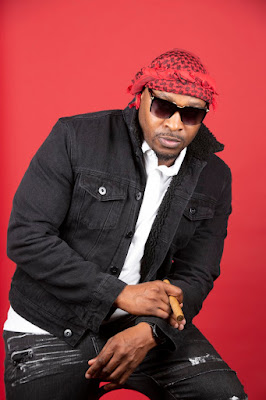 Jamaican-Canadian Dancehall artiste, Kelard Tha Lyricist, teamed up with fellow compatriot Dipherence, a long-time colleague and singer in the business, on a single called “Real G’z”. The track is about the violent loss of a friend and the emptiness it caused.

Produced by Christopher “Dmaestro” Grant of Dmaestro Beatz, “Real G’z” was released on November 11, 2021 at 11am. The date and time were deliberate as the world celebrated Remembrance Day, and "Real G’z” being Kelard’s 11th song he’s released: the 11th song at the 11th hour on the 11th day of the 11th month!

Dmaestro had sent the beat to Kelard through his engineer, Don One. Sitting on the beat for a while, Kelard knew what he wanted the song to be about for over 2 years but couldn’t find the right words to satisfy the message he was trying to bring across in a deep way he knew would resonate with people.

A mutual friend suggested that Kelard should do the song with Dipherence. Kelard reached out and they linked up in the studio. Within 2 minutes, the first verse was written, tears flowing down his cheeks, with all kinds of emotions coursing through his body as he reminisces on the family and friends he’s lost. After losing friends in 2005 and again in 2018 to gun violence, the events rocked Kelard to the core as the latter is still an unsolved murder to this day. This he mentions in the second verse. Kelard also drew on the experiences of others around him. Dipherence came up with the hook and upon completion of the entire track, Kelard instantly knew it was going to be a hit relatable to all. This encounter also proved positive as it garnered a close-knit relationship between the 2 artistes, manifesting into other projects in the works.

So far, “Real G’z” is receiving massive airplay in Canada and Jamaica: ZJ Bruce Lee on Zip FM, Zabrick on Roots FM and SJ Weedsead on Suncity FM, as well as gaining traction in Toronto on several mixtapes with the official audio on YouTube picking up over 100 views within the first hour of release, which Kelard is proud of as an upcoming artiste. A video will be shot in various locations around Toronto.

Kelard is also celebrating his 500th spin in Australia for his song called “Show Yuh” with Black Orchid. With everything falling into place, Kelard expects nothing but greatness from here on and expresses extreme gratitude for the moment, for those who have played “Real G’z” and for his fans who show him so much love and support.

“Real G’z” is out now on all major platforms.

Listen to “Real G’z” on YouTube and Spotify here: