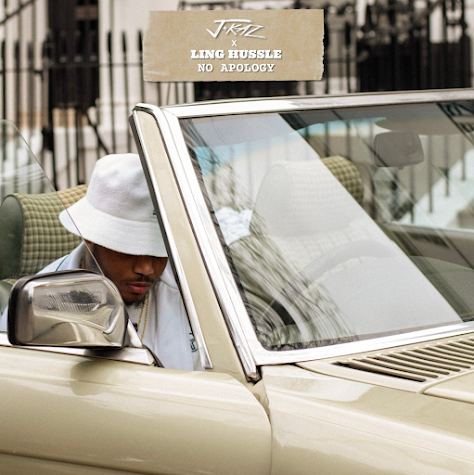 J kaz Returns with his latest offering ‘No Apology’ alongside UK R&B royalty ‘Ling Hussle’. The smooth offering blends Dancehall, Afro and R&B to create an unexpected collaboration that delivers in more ways than one. Interpolating the Buju Banton classic ‘Batty rider’ the song see’s the two artist’s trade Flirty lyrics that unapologetically display an undeniable connection between two lovers. The ‘No apology’ production was handled by Maschine Man Tim who is a go to producer for both artists.

J Kaz has been steadily gaining traction via his infectious Dancehall fused offerings, His 2019 released single 'Carry Feelings' quickly became a staple UK dancehall anthem, entered the UK top 100 most shazamed songs , received nods from the likes of superstar 'Burna Boy' and amassed over 500k streams to date . J kaz was then enlisted by current dancehall star Amaria BB to feature on her  'Hypocrite' single which garnered mass attention accumulating over 400k youtube views . This was followed up by the single ‘IF’ featuring IQ and Prince Akeem which was playlisted to BBC radio 1xtra and featured within Spotify’s ‘Dancehall official’ editorial playlist.

J Kaz was announced as one of Toddla T's artist's to watch for 2020 and was subsequently invited to perform at the legendary Maida vale venue for the BBC. J Kaz’s music has been supported across the airwaves by the likes of Seani B , Ras, Kwame, Rob Bruce, Shayna Marie and Jeremiah Asiamah to name a few.

Released on 12.11.21 ‘No apology’ will be available to stream/buy via all popular DSP’s . Be sure to follow J Kaz and the other artists via Instagram