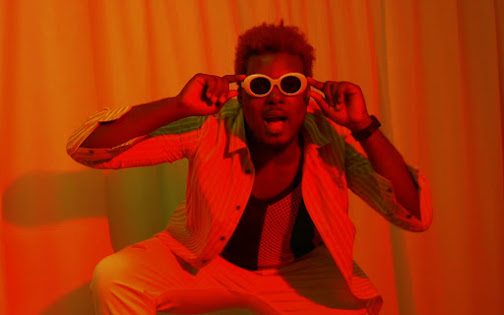 A few months ago the Dancehall fraternity  was sent into a wave of renaissance after Devin Di Dakta dropped his '90s feel' track, 'Pretty Pretty'.

The track comes to us as a part of  Romieikon's 'Beat Zinc Fence' rhythm compilation  which pays homage to the golden era of Dancehall music.

Upon the single's release, Devin Di Dakta earned himself two major  cover features from Pandora to follow up with charting positions in thirty countries.

"The idea to release a rhythm inspired by old school Dancehall was genius so when Romieikon sent me the beat I immediately got inspired to drop a song for the ladies. This project took time and consistency and I am thankful for everyone who continues to make Pretty Pretty a success" Shared Devin.

Based on the traction the single has gained, Devin Di Dakta opted to shoot and release the visuals for the track.

The video features Jamaica's finest, Dance Expressionz, as they embody the vibrations of the track through their dance and attire.

When the producer, Romieikon, was asked about the success of the track he shared;

"This entire production has proven that with the right strategy success can be attained on any level. When this compilation was first thought of, I decided to use young artistes  to show music lovers that the younger generation is capable of diversity while proving to them that the foundation of Dancehall still lives contrary to their beliefs. Pretty Pretty has definitely made its mark in several countries worldwide and I am grateful that we could make such an impact"

While Devin Di Dakta continues to bask in the success of his track, he shares that the work continues as he and his team are currently putting together his album.