Reggae and Dancehall Artist Mr. Easy Vows to Take His Name Back 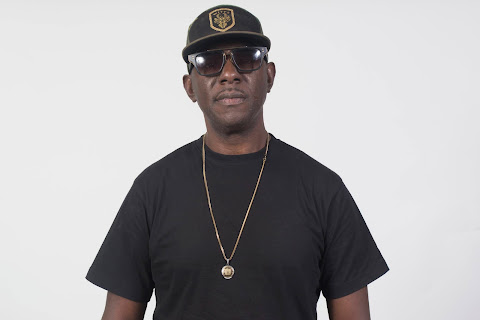 New York, New York -- September 2021 -- Entertainer Mr. Easy has afforded the world with his melodic brand of Reggae and Dancehall music for over 30 years. Rising to fame in the 90s amongst an uber talented cohort of Brooklyn, New York based Dancehall acts, the Kingston, Jamaica native, won over scores of fans with an expansive music catalogue.

Mr. Easy's music and style helped define Dancehall's vibrant sound in the 1990's, 2000's (The Golden Era) and beyond. Mr. Easy continues to employ his signature, hit formula sound to this day. Currently enjoying the success of his "Friends Fi Life" song with De Alpha, amassing worlwide support amongst radio, DJs and fans, the top act finds himself at a career crossroads of taking back his name.

While it's flattering to inspire other artists or impact their style and sound, being robbed of your name is no fun and frankly a major career impediment. Bearing the name Mr. Easy since age 16, it's peculiar and professionally and financially damaging to have another artist steal your name. Yes, "steal"! Afrobeats act Mr. Eazi has stolen his name from Reggae and Dancehall legend Mr. Easy, unapologetically.

Many people believe that one can't own a name per se. However, an artist can trademark their name. To protect his lifelong career, investments, brand, etc., Mr. Easy trademarked both the "Mr. Easy" and "Mr. Eazi" names some time ago. To add insult to injury, perhaps the most daunting aspect of this whole ordeal -- often when one searches Mr. Easy in various search engines and social media platforms, the imposter's accounts and credentials either appear or are suggested.

This long term "redirection" of traffic meant for the official Mr. Easy has yielded an insurmountable amount of financial impact. In fact, the consequences have been career and brand altering. Mr. Easy's team has contacted the Afrobeats act's team multiple times with no response.

As Mr. Easy maps out his career trajectory, the first step is getting his name back. It's clear that legal counsel is the only viable option at this point. The singer is committed to protecting his music, legacy and brand, while keeping supporters abreast of the developments.

Mr Easy, whose birth name is Ian Dyer migrated to Brooklyn, New York from Jamaica as a teen. Once signed with Warner Bros. Records and subsequently to Qwest/Warner Bros. Records, Mr. Easy has been entertaining listening audiences for over three decades.

The crooner's long list of hits include 1990's Dancehall anthems such as Funny Man ( Joyride rhythm), Man Ah Say a Who ( Rae Rae rhythm), Haters and Fools (Bug rhythm), and the massive Drive Me Crazy (Buy Out rhythm). The commercial success of "Drive Me Crazy" helped to catapult Mr. Easy into the mainstream, appearing on the soundtrack for the movie After the Sunset starring Pierce Brosnan. Meanwhile, Bashment Girl with Frisco Kid, appeared on the cult classic Belly movie soundtrack.

Posted by Addiverbalist Kev at 21:39
Email ThisBlogThis!Share to TwitterShare to FacebookShare to Pinterest
Labels: Music, News