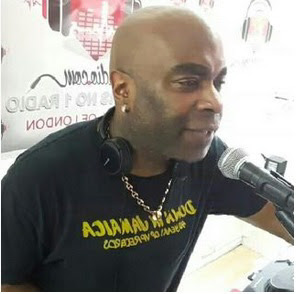 London, England -- July 2021 (Acclaim PR) There are a whirlwind of DJs and radio personalities who emerged during the pandemic. And rightfully so, as the world craved entertainment, while at an urgent standstill.  But one DJ in particular, Mixmaster J “English General” of the UK, became a giant online force, scoring memorable and innovative interviews with what reads like a who’s who of Reggae and Dancehall music.

Whether riding the bus and roaming the streets of London town with the famed Third World (during lifted restrictions), learning new dance moves from HoodCelebritty, chatting poolside with Mr. Easy or vibing and joking with other top stars, Mixmaster J has offered audiences candid, priceless moments with their favs. Throw in Mixmaster J’s ability to ask questions that bring out the artist’s best attributes and you’ve got quite the show!

Mixmaster J, who broadcasts on online radio platforms including iliveradio.com, heartofloveradio.com and reggaeglobalradio.com, ramped up his social media presence amidst troubling times to offer additional shows on IG Live and Facebook. These extra interviews were the rave, yielding an opportunity for fans to interact with special guests, while enjoying content that spanned old-school and new-school Reggae and Dancehall themes.

Mixmaster J has always been inspired by audience feedback, but hearing from people during the pandemic “hit different,” says the tastemaker. “There was more than one humbling moment,” he adds.

“I was thanked for being on air and helping some cope with mental illness during the Covid-19 pandemic,” says Mixmaster J. “I feel rewarded. It’s a blessing to know that my show helped people in some way.”

The show is not over! You can catch Mixmaster J doing what he loves several days a week (visit @mixmasterj29 for schedule). In addition to his exciting, regular programming, Mixmaster J holds down a well-received Jamrock Radio residency, serves as the Alliance’s official UK DJ and became an iliveradio award winner. There’s a lot bubbling for the UK personality!

Posted by Addiverbalist Kev at 12:10
Email ThisBlogThis!Share to TwitterShare to FacebookShare to Pinterest
Labels: Music, News