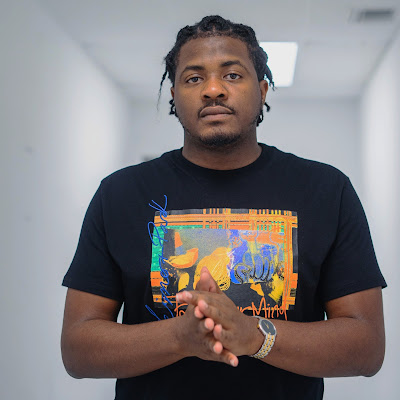 Kingston, Jamaica (ThePrPlace) Romario 'Romieikon' English is one who most would describe as a ruler of his realm as he diversifies among several fields within the music industry.

The young digital marketer has in recent times dabbled in production under his British Linkz brand and has since then produced hit singles such as; Rolling by Dancehall Queen Spice, Good Body Gyal by Unknown Gringo and a co-production with Great X Productions titled Aphrodisia by Teejay and PG Valentina.

This time around, he is promoting his project titled 'Beat Zinc Fence' which is slated to hit digital stores in June through Good Mood Music.

When asked about his marketing stratagem for the project, English shared

"My team and I carefully analyzed the market in a bid to give music lovers exactly what they are telling us, the creators of music, they want. I believe this beat will resonate well with all demographics of Dancehall lovers because it is power packed with a highly sought-after original DanceHall sound which is championed by, in my honest, opinion some of tomorrow's next big acts. So the Beat Zinc Fence Riddim is a powerful fusion of old & new era Dancehall"

With summer just around the corner, English shares that his team and Sart Out Records are currently in the lab putting final touches on their summer/fall project titled, 'Hungover'.

"Music is everything to me and above everything else, I'm here to cater to the long-awaited fill in those craving for an authentic Dancehall vibe. The projects I have put together will not only dominate this era but future times as well because of their longevity component. We see how old Hip Hop always feels new and old Dancehall still has crowds wailing when one drops, I am here to produce that kind of music" Shared English.

Romario English is popularly known for his Caribbean Music Industry Club on Clubhouse and which has in recent times attracted the attention of top industry players from platforms such as Pandora and Spotify.