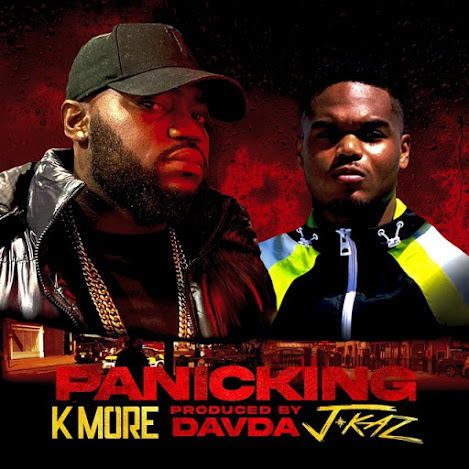 dancehall scene, it was only a matter of time before K More and J Kaz would link up on a

Both artists worked tirelessly throughout 2020 to continue to build their platform. K More

support from prominent names across BBC Radio 1, 1Xtra and Capital Xtra, as well as

continuing to build his fan base in Jamaica, which would eventually lead to a remix of the

track featuring Laa Lee and DaniBoo. K More would continue to add further fuel to this

success with a number of successful singles to close out 2020 including ‘Hottie Hottie’,

‘Bongo’ and ‘Everything Black’, which would build to the release of his debut EP ‘Zinc Rain’ in

Similarly, J Kaz was also able to continue to secure opportunities to demonstrate his

immense talent throughout 2020. Having taken full advantage of the buzz from successful

his talent on full display, dropping ‘Never Know’ and ‘Hypocrite’ featuring Amaria, both of

which continued to show his versatility as popular refixes of ‘Need Me’ by J.I and ‘Catch 22’

by Prince Swanny respectively. This hard work culminated in the release of ‘IF’ featuring IQ

and Prince Akeem, which has amassed over 200,000 streams on Spotify since release. J

‘Panicking’ sees both artists take listeners on a fast-paced sonic journey, as both display

Davda, who is also a successful radio DJ is his own right having featured on BBC Radio 1,

1Xtra and Asian Network, all within the last year.

K More describes the track as:

“A Different type of energy, infusing with a UK sound rooted firmly in Dancehall, that shows

the influence of the UK on dancehall sound, but still staying true to our roots as Dancehall

‘Panicking’ sees both artists blend their UK surroundings with their Jamaican heritage. With

with some of the typical sounds of contemporary UK music. This is UK Dancehall at its

Check Out The Official Music Video

Posted by Addiverbalist Kev at 18:50
Email ThisBlogThis!Share to TwitterShare to FacebookShare to Pinterest
Labels: Music, Video