Teflon Predominant With Years A Pain On The Island Drip Riddim 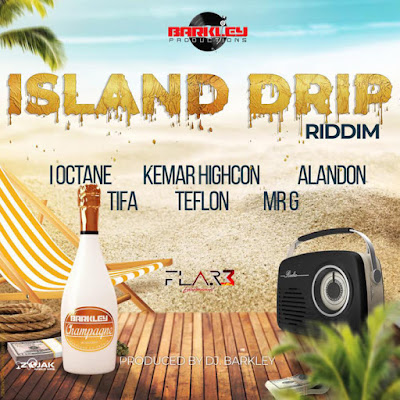 It's been a week long since the release of the riddim scorcher Island Drip Riddim produced by Barkley productions. The riddim has a mellow bassline and an up tempo.

Featured artist Teflon #Young King The Unruly BoBo is predominant on the hit song "Years A Pain" which depicts Hard hiting lyrics backed by a powerful message to the listeners, "Years A Pain" is meant to keep the audience captured and captivated. Teflon is well known for his firm stand on Rastafarian philosophy, belief and divinity while upholding highly the Rastafarian principles and guidelines of his Imperal Majesty Haile Sellasie.

"Years A Pain" is a song acknowledging the struggle and despair that many face in the journey of life and true to his words got to keep the faith cause Jah is real and truly great. "Years A Pain" is truly a hit song for the fans in Europe, England, Finland, Pakistan, Israel And Everywhere reggae music is played cause in Africa the love is real.

The track sets pace for the anticipated "Years A Pain" Album release set for Pre-order within February 2021.

Its an uplifting track a psalm, a hymn of praise and gratitude for the mercies of Jah.

I-Octane also expresses his eloquent vocals to the feminine gender with an appeal to "Buy Some" cause Good Body Gyal fi get the pay. The love for the ladies is well prevalent and evident.

SUPPORT ARTISTS AND PURCHASE BELOW.