Shinehead Brings the Heat This Winter with 'The Makings of You' 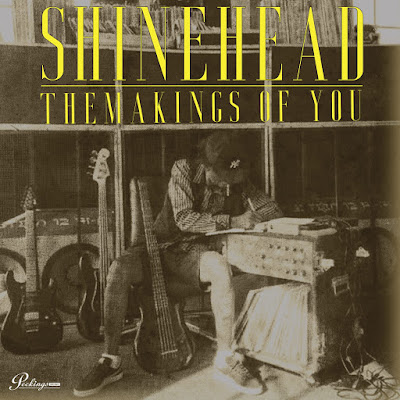 Los Angeles, CA -- February 2021 (Acclaim PR) -- On Valentine's Day, music luminary Shinehead (@kingston12hifi @original_shinehead) dropped the long awaited "The Makings of You" single. The powerhouse release, which caused ramblings amongst Reggae music lovers far and wide when teased a few months ago by select DJs, is another fine musical union of Shinehead and the legendary @peckings UK label.

An awesome offering of Lover's Rock, "The Makings of You" sees Shinehead's vocals flawlessly peak in a falsetto that holds listeners captive from start to finish. Although the "The Makings of You" was released February 14, the famed artist declares that February was chosen for the release as his musical homage to both Reggae Month and Black History Month.

There's no question that "The Makings of You" has the "Makings" of a hit. The beautiful song is an ideal follow up to "Never Had a Dream Come True," which is enjoying success on multiple charts and serves as one of 2020's best Reggae music releases. Music fans, DJs and industry elite still can't get enough of the heartfelt Reggae Soul tune, which served as quite the launching pad for Shinehead and Peckings collaborations.

With two great songs circulating music spaces, the forthcoming 30th Anniversary of the anthem "Strive" (with plans for a commemorative re-release), and a number of songs getting the green light from Peckings, Shinehead's 2021 is truly looking bright. On a constant mission to entertain the masses with quality music, the legendary artist declares, "There is work to be done."

Indisputably, Shinehead is one of the most diverse artists to ever uphold the torch of Reggae and Dancehall music. Actually, his musical force extends to Hip Hop and R&B. Throughout his interviews, the humble artist constantly salutes his contemporaries and predecessors, rarely acknowledging his vital role in exposing Reggae and Dancehall music to mainstream audiences. But as time displays, with timeless rock solid music that warms the ears and hearts of listeners and a tenure that spans 4 decades, Shinehead is undeniably a music icon.

In addition to a flurry of traditional media and social media presence surrounding "Never Had a Dream Come True," Shinehead and DJ Papalotl via their Kingston 12 Hi Fi sound system wow listeners on Reggae Global Radio several days a week. Notably, their shows are syndicated across a wide spectrum of stations.