RIDDIM TO DEM SETS THE TONE ON LIFE RESET RIDDIM 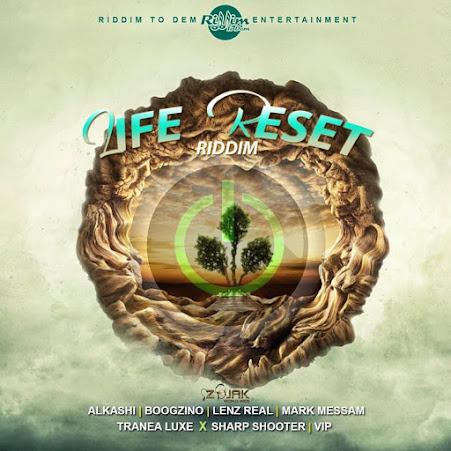 It’s been an interesting 13 months for the globe. It’s been an interesting year for music lovers, producers, artist, writers and players of instruments. It’s like at some point the world stood still and entertainment stopped. Well that's how it looked to some of us, while others was seeing the opportunity to use their time and get messages of love out and speak to their fan bases in different ways and mediums. One such label was “RIDDIM TO DEM” (aka R.T.D.). They were busy putting together the “Life Reset Riddim” compilation project. It’s clear just by listening there was a lot of thought put into this project and what messages they wanted to send out to the world via these songs.

Alkashi, Boogzino, Lenz Real, Mark Messam, Tranea Luxe x Sharp Shooter & VIP make up this 6 track project. Each act laying his/ her vocals creating story lines that are very much relatable to daily issues life might just throw at us. “We Can Do This” by Mark Messam is a clear example of a man showing and explaining that with unity based on companionship we can survive as a couple and as a people. Melodically soothing to the ears and what we appreciate from a good Reggae song. A next stand out track would be “Hard Life” by Alkashi a well written track which clearly shows a young man battling with life and still holding his head high and do the right thing. A song which has the potential to play anytime anywhere in the Dancehall or on the radio. The same can be said for all the tracks and “Give Thanks” by Lenz Real lends to the same thought. Here is a track simply reminding us to be thankful and continue to show gratitude despite whatever is going on out there in the world.

It’s clear what RTD was doing by allowing some of the younger acts to express themselves musically and with well written tracks. These songs and project will be distributed by “Zojak Worldwide” so will be sure to see it on all platforms by 12 February 2021 which is the Official release date. We take out to salute RTD and this production. We will be doing a follow up on the singles and the project as soon as its in full rotation and streams.